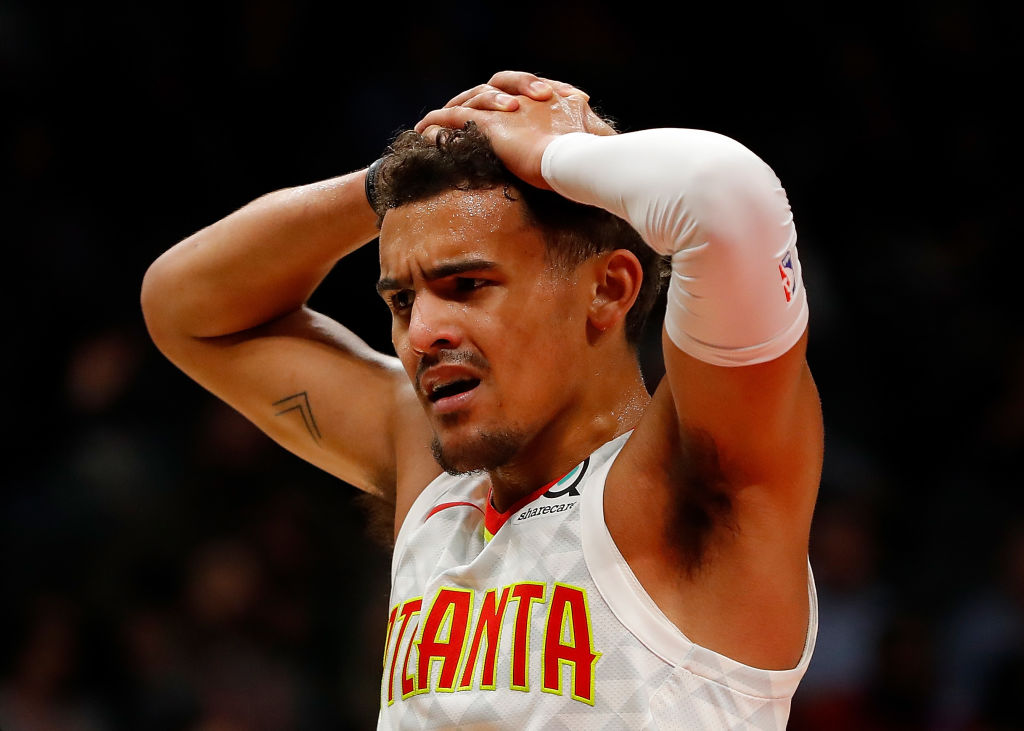 Update #2, Oct. 30: Young will not require an MRI, Chris Haynes of Yahoo Sports reports. The guard is being listed as day-to-day.

Update #1, 10:36 pm: An x-ray on Trae Young’s injured ankle has come back negative, Adrian Wojnarowski of ESPN reports. While Young hasn’t undergone an MRI at this stage, there is optimism that Young may have avoided a serious injury.

The Atlanta Hawks have revealed that Trae Young will not return to Wednesday night’s game after suffering a sprained ankle. The second-year guard went over on his right ankle in the first half of Atlanta’s game against the Miami Heat and had to be helped off the floor.

The injury comes in the fourth game of a dominant young season for the 21-year-old who’s averaged 26.8 points and 7.8 assists per game, numbers made even more impressive when you consider that they include today’s abbreviated 11-minute run.

There’s no early sense of how long the injured ankle may plague Young at this stage but we’ve seen NBA players limited for days, weeks and months on account of the setback, all depending on the severity of the sprain.

Lonzo Ball, for example, was initially sidelined 4-to-6 weeks with a grade 3 sprain last season January and ended up getting shut down for the season two months later.

Expect the 2-1 Hawks to run tests on Young tonight and tomorrow, ahead of a Thursday night matchup with this same Heat team.