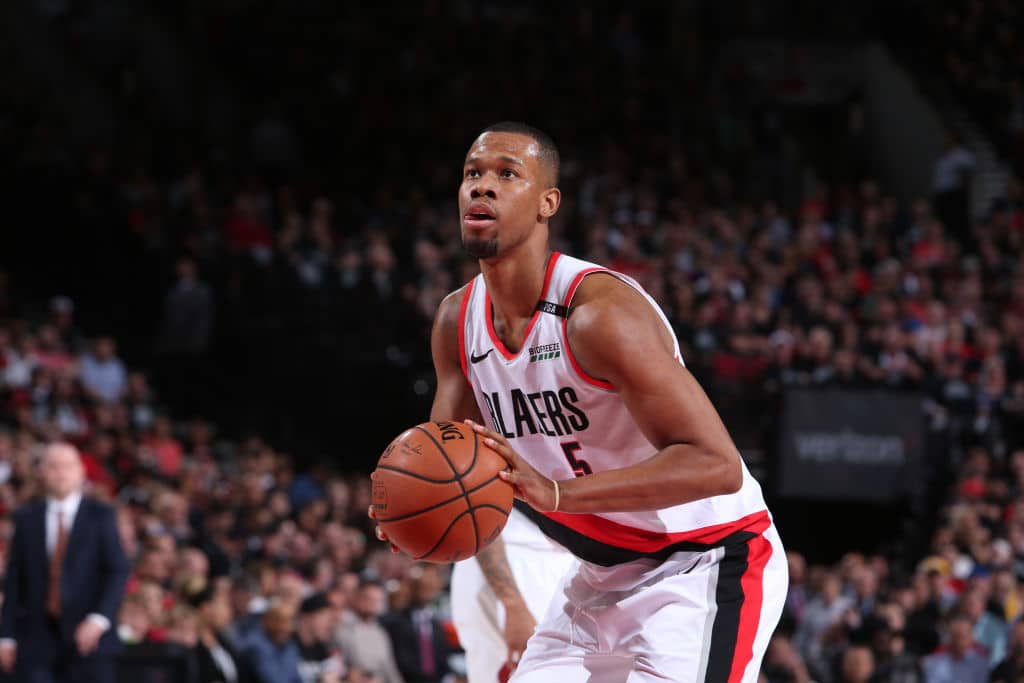 The Portland Trail Blazers are re-signing Rodney Hood to a two-year deal, Adrian Wojnarowski of ESPN reports. As Jason Quick of The Athletic adds, the free agent is likely to earn $5.7 million in his first year of the deal and an additional $6 million in Year 2, numbers that vary slightly from what Wojnarowski reports.

Given that Hood is fresh off of a one-year deal last summer, the Blazers do not have his Bird rights and thus can’t fit him into anything other than their taxpayer mid-level exception.

The 26-year-old averaged 9.6 points per game in 27 contests with the Blazers after joining the squad mid-season via trade with the Cavs and further established his value during Portland’s run to the Western Conference Finals.