Two-Days Before Tip-Off, Fans Are Lining Up For ‘Jurassic Park’ 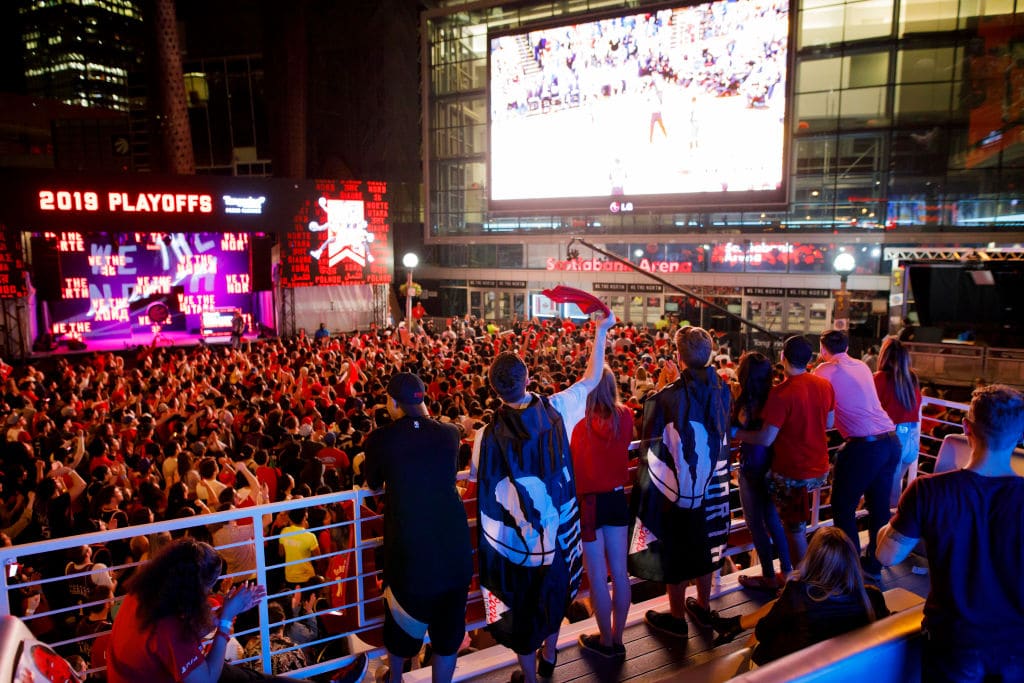 The fifth and potential final matchup of the NBA Finals is over 48 hours away but that hasn’t stopped Raptors fans in Toronto from lining up for ‘Jurassic Park’, Alanna Rizza of the Canadian Press reports.

The queue began to form shortly before 11:00 am EST on Saturday.

While entry to the barricaded area outside of Scotiabank Arena is free, there is a limit to the number of people permitted due to the location of the stadium downtown.

As a Canadian Press report ahead of Game 1 revealed, a total of 6,000 people can squeeze into the main park just outside of the stadium. Additional parks, however, have popped up across Canada, including one in Toronto suburb Mississauga with a capacity of 20,000.

Maple Leaf Sports & Entertainment, the company that owns Raptors has given cities across the country approval for outdoor viewing parties in the spirit of the original but none will compare to the main one situated just outside the action.

Given that standing room tickets to the same game are hovering around $2,000 USD, access to the downtown atmosphere is in hot demand. Fans within the cordoned off area officially known as Maple Leaf Square have access to food, beverages, alcohol and, yes, portable toilets.

This 2019 run marks the sixth consecutive season that the Raptors have made available a formal outdoor viewing experience and its legend has grown since that 2014 postseason when then-general manager Masai Ujiri famously flamed a raucous crowd amid the team’s first-round series with the Brooklyn Nets.

These days the crowd at ‘Jurassic Park’ is as much a part of the Raptors postseason experience as anything. On Monday, both this team and the fans having waited 48-hours outside just to party near them, could see an atmosphere unlike anything they’ve ever imagined.