Tyronn Lue: ‘Kind of Weird’ to See LeBron James in a Lakers Jersey 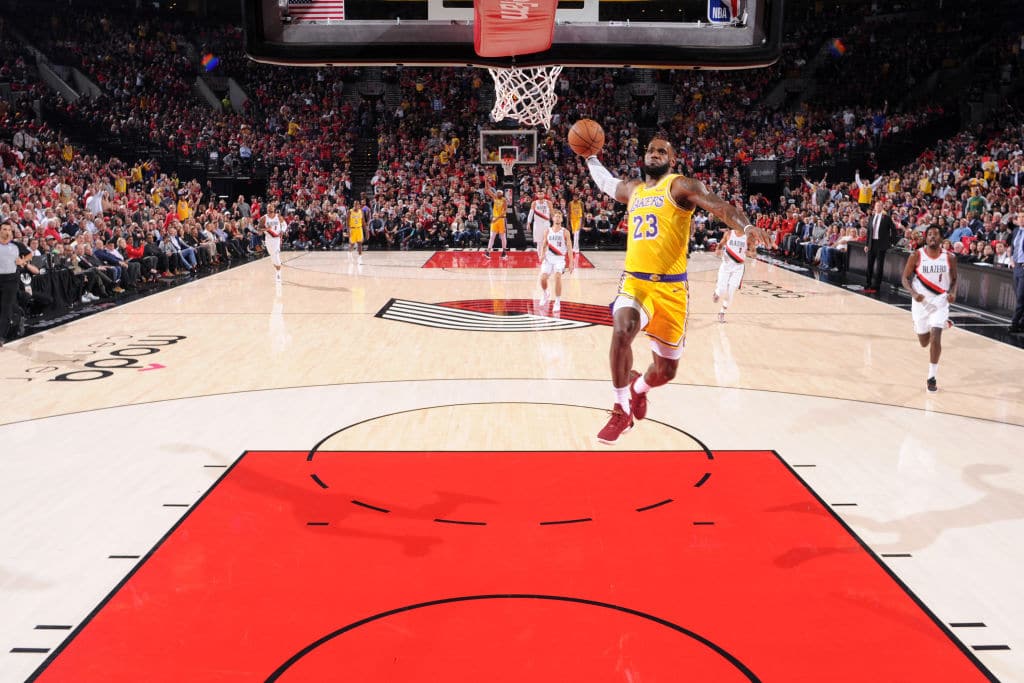 Watching LeBron James hoop in a Lakers jersey has been a disorienting experience for Tyronn Lue.

#Cavs Tyronn Lue says it's "strange" seeing LeBron in Lakers jersey, jokes that it was like LeBron "lost his powers" in those colors https://t.co/OZDWrtdx65

It’s going to be a long year in Cleveland.

“Looks crazy. Looks strange,” Lue said prior to the Cavaliers’ shootaround Friday morning in Minnesota. “I’m happy for him. But it does look kind of weird to have on a Lakers jersey. Whatever.”

Lue played three years with the Lakers and started chuckling while explaining the difference between him, old Lakers and James when it comes to wearing those L.A. colors.

“Just different. Like he lost his powers,” Lue said with a laugh. “That Cleveland black and Cleveland maroon just looks, you know what I’m saying? Then going purple and gold, for a big guy like that, it took his powers away.”