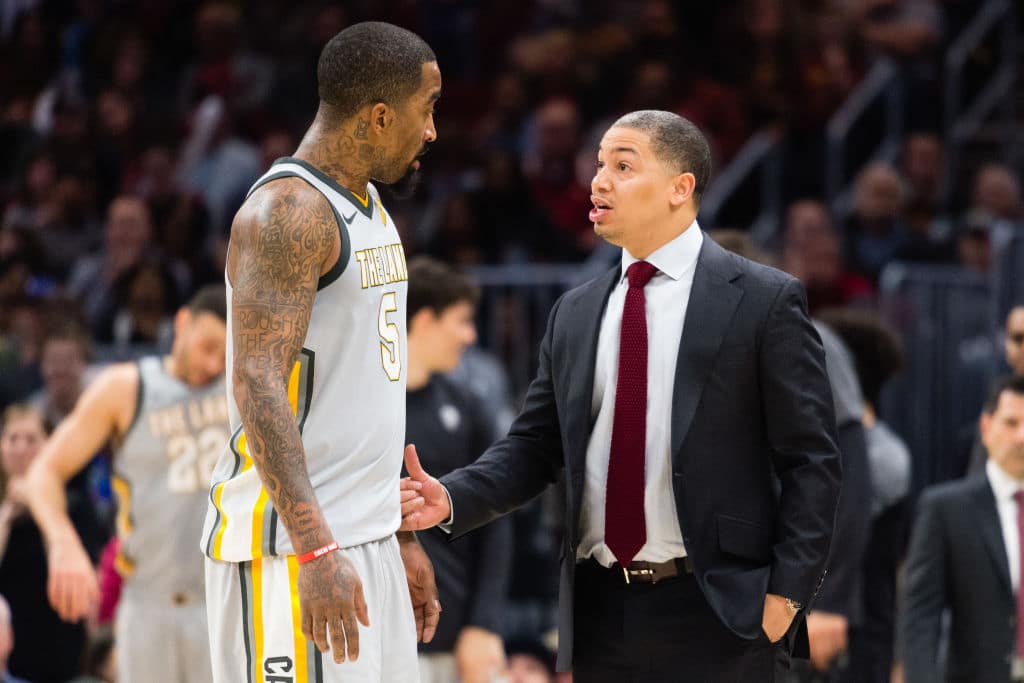 Smith told reporters that he wasn’t upset with the change, but admitted that he wished Lue had been more communicative.

New story: JR Smith says he doesn't know what his role will be moving forward after being replaced by Kyle Korver in the starting lineup on Tuesday https://t.co/L0BQBNrKH3

“I just felt like it,” Lue said when asked about the timing of his decision to bench Smith.

Smith said that there was no conversation with his coach about the move.

Smith acknowledged he was surprised by the change.

“That’s all right, though,” Smith said. “I’m not upset about it. I just wish there would have been more dialogue, I guess.”