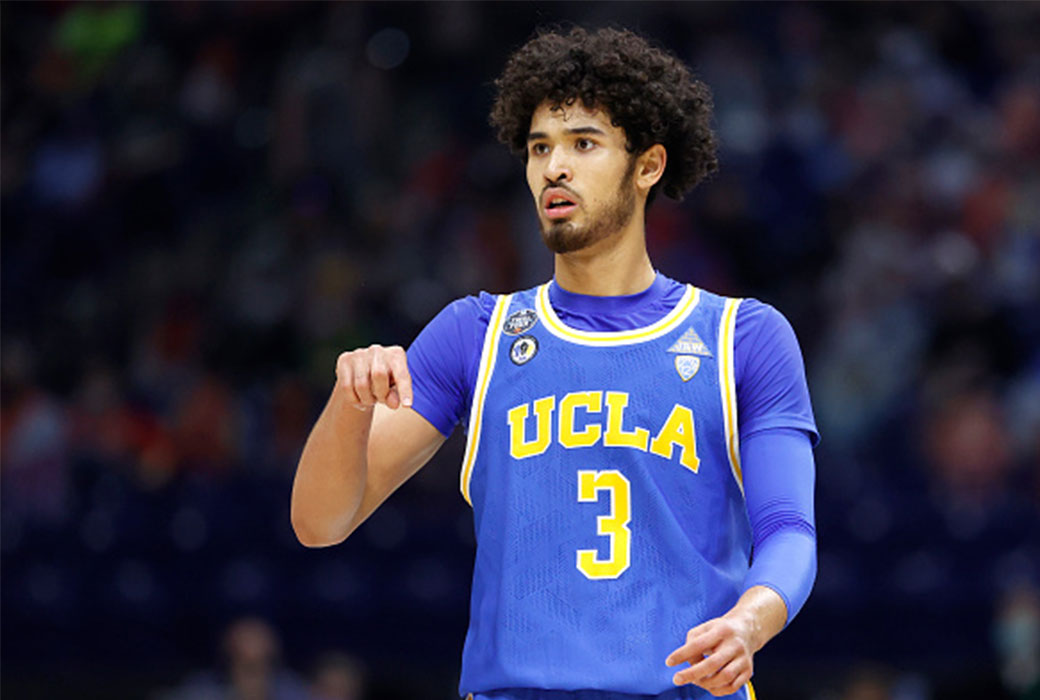 Johnny Juzang, the breakout star who earned a spot on the All-Tournament team during UCLA’s run to the Final Four, is declaring for the NBA draft. He has decided against hiring an agent. Not hiring an agent will maintain Juzang’s college eligibility.

.@UCLAMBB sophomore @JohnnyJuzang is entering the 2021 NBA draft, but will maintain his college eligibility and retain the option to return to school 👏 pic.twitter.com/ITGy3Ghxex

Juzang took to Twitter this week to announce his decision.

“I’m proud to announce that I’m declaring for the NBA Draft, while retaining my collegiate eligibility. I want to thank Coach Cronin and UCLA, the basketball program and the Bruin community, for welcoming me with such open arms…I am going to continue to work and give the passion I always have and see where it takes me. I’ll then make an informed decision. Blessings!”

Juzang’s process will leave him options. He can go through the draft evaluation process to gauge the interest of NBA teams and projected draft status. Then at the decision deadline, he could also decide to go back to UCLA.

“We all support @JohnnyJuzang and, for that matter, all of our players in the future who are making these types of decisions …” – @CoachMickCronin#GoBruins pic.twitter.com/0JQF7JuI5a

Juzang started 26 of 27 games for the Bruins after transferring out of Kentucky, averaging 16.0 points and 4.1 rebounds. It was the NCAA Tournament where the sophomore took off, averaging 22.8 points on 51 percent shooting from the field and 38 percent from behind the 3 point line.

His 137 points in the NCAA Tournament was second in UCLA’s history behind Gail Goodrich, who scored 140 points back in 1965.