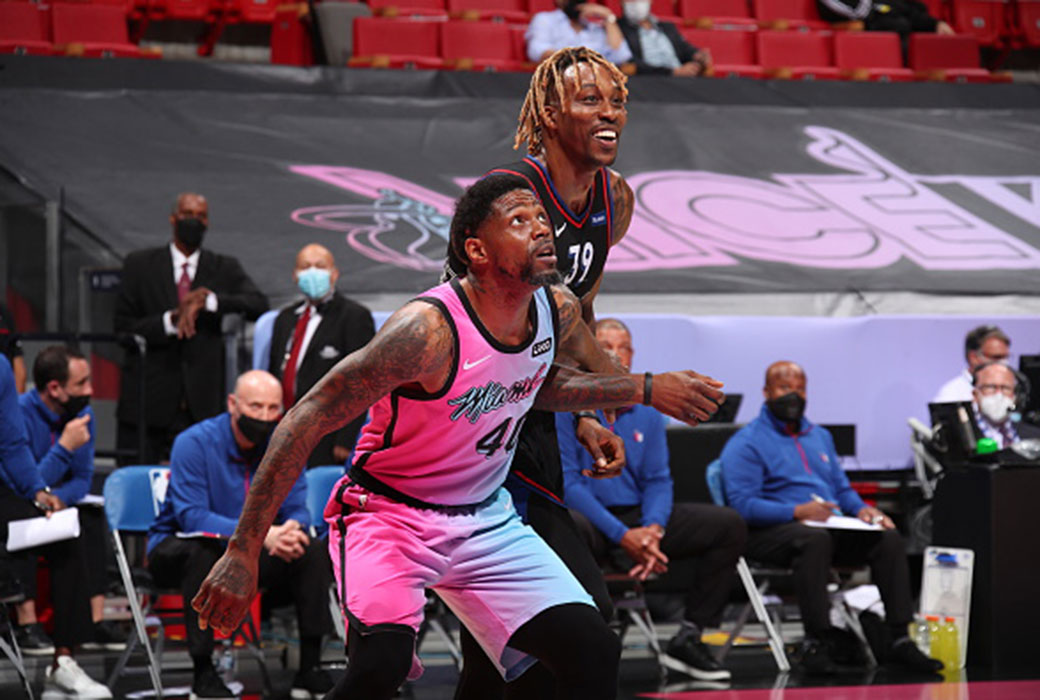 Udonis Haslem had not played one NBA minute this season. Per NBA rules, he hadn’t even qualified for his 18th NBA season before playing against the Philadelphia 76ers in the final Heat home game Thursday.

After entering the game with 59.3 seconds in the first quarter to a standing ovation, Haslem was ejected early in the second quarter after getting into a confrontation with Dwight Howard.

After hitting two shots, taking a charge and being active, these chain of events will probably be shown in Haslem’s video tribute when his jersey is eventually retired.

Dwight Howard and Udonis Haslem were getting HEATED in Miami: pic.twitter.com/zgzjDEznnk

After getting pushed to the floor, Haslem says he got into a heated discussion with Howard.

“It was obviously very physical,” Haslem says of the incident, per ESPN. “Dwight plays the way Dwight plays, and it was just a conversation between me and him that I just wanted to make it clear that the throwing down and the swinging of the elbows and things like that, I just felt like we should kind of leave that out of the game for tonight.

According to Elias Sports, the Heat icon played the fewest minutes played by a player who was ejected in his first game of the season over the last 10 seasons.

Dwight Howard was suspended for one game by the NBA for getting his 16th technical foul for his part of the dustup.

“It was fun,” Haslem said afterward. “It was fun. For me to just go out there and play the game of basketball, show that I can continue to play at a high level and help my team win, it was fun.

“It’s a great memory. And, if this is the last one, I finished it the only way Udonis Haslem could: with an ejection.”