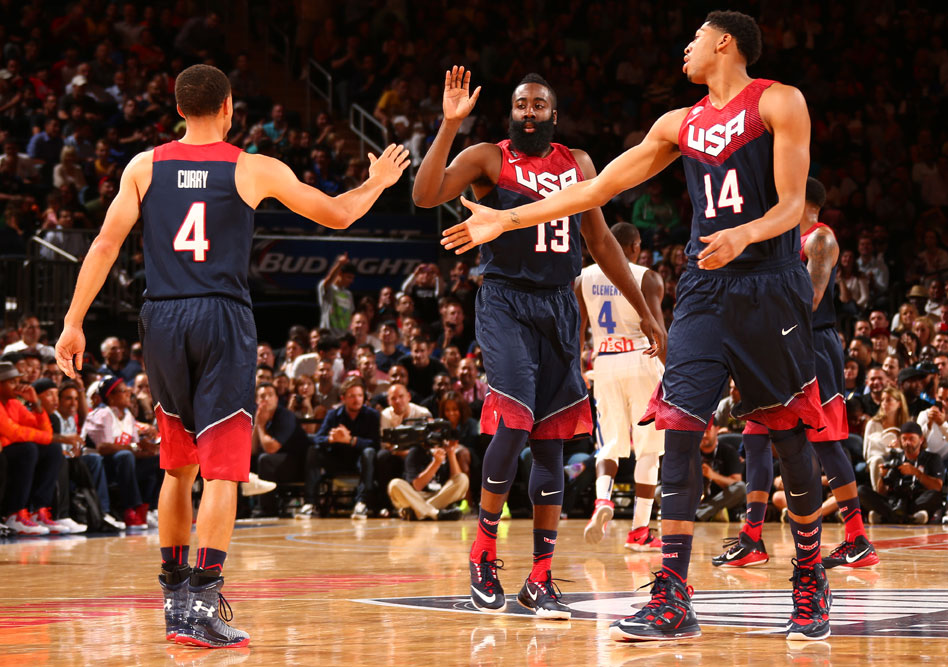 USA Basketball announced its final 12-man roster for the FIBA World Cup after Friday’s exhibition against Puerto Rico. Damian Lillard, Gordon Hayward, Kyle Korver and Chandler Parsons were among the final cuts. Despite some concern over his health, Derrick Rose made the roster after feeling soreness following last Saturday’s exhibition opener against Brazil. Per USA Basketball:

“Since taking over the USA Basketball Men’s National Team program in 2005, this was without doubt the most difficult selection process we’ve gone through,” said Colangelo. “I can’t stress enough the outstanding effort and commitment that has been given by each finalist. I also want to make it clear that this is not just about talent – each player is incredibly talented and each player offered us unique skills. In the end it was about assembling the best team, selecting guys who we felt would be able to best play the kind of style we envision this team playing.”

“The first thing is we are very pleased with the overall effort of every player who was a part of the process,” said Mike Krzyzewski, USA head coach and Duke University’s Naismith Hall of Fame mentor. “To select twelve was difficult, because our pool is so good. As we go forward, we not only go forward as twelve, we go forward as a pool for USA Basketball. As a staff we want to thank the players who are not going forward.

“I’m excited about the 12 players selected and feel we have excellent versatility and the makings of a really good defensive team.”