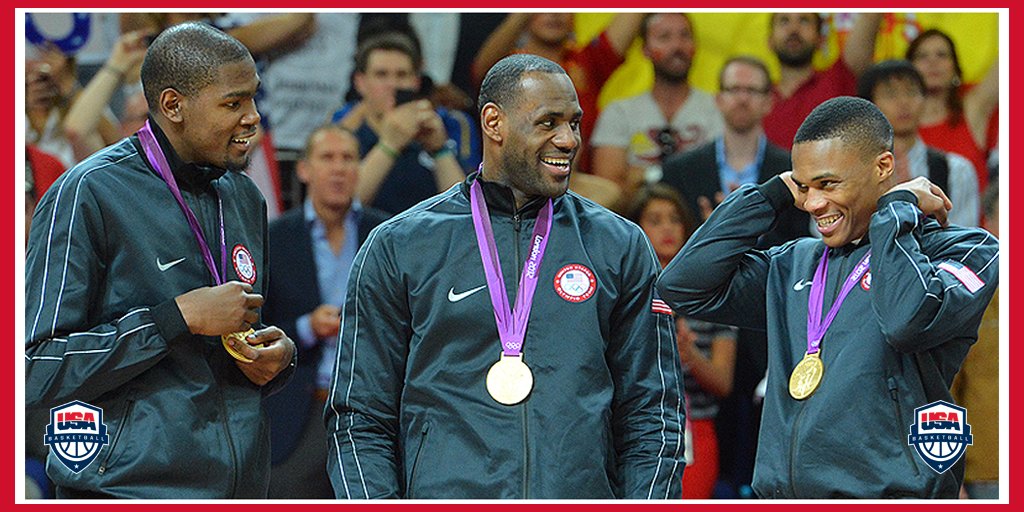 USA Basketball unveiled the 30 finalists for its 2016 Olympic squad Monday—LeBron James and Carmelo Anthony are the headliners.

18 of the players have a combined 29 Olympic or FIBA Baskteball gold medals.

Mike Krzyzewski is once again serving as head coach, with assistance from Jim Boeheim, Tom Thibodeau and Monty Williams.

“It seems like I say this each time we have to narrow down a roster, but I am struck by the remarkable commitment the players in the USA Basketball National Team program continue to display and the enthusiasm they have for representing their country,” said USA Basketball chairman Jerry Colangelo, who has served as the managing director of the USA Men’s National Team since 2005.

“The depth of talent that exists in the national team program is extraordinary. Repeating as gold medalists at the 2016 Olympics will not be easy, but we feel confident that we have 30 finalists who offer amazing basketball abilities and special versatility. We’re also fortunate that the roster is comprised of so many veterans of international basketball. In addition to 18 players who have won Olympic and/or World Cup gold medals, there are 16 finalists who have played between 20 and 72 games for USA Basketball. That experience is extremely valuable and something we’ve not always had available to draw upon. […] Obviously selecting the official roster of 12 players for the Olympics in 2016 will be a very, very difficult process. As has been the case with past USA Basketball teams, the goal once again is to select the very best team possible to represent the United States.”