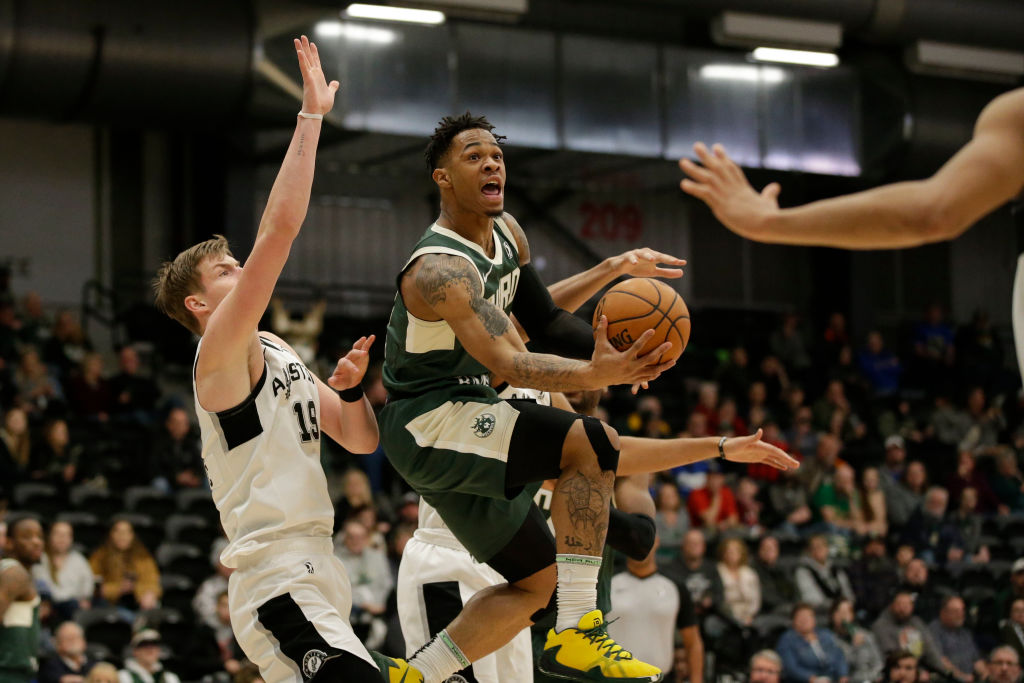 The Utah Jazz are nearing a multi-year deal with G League standout Rayjon Tucker, Adrian Wojnarowski of ESPN reports. The team will slot Tucker into the vacancy opened up by their forthcoming release of Jeff Green.

Tucker has been a dominant force for the G League affiliate of the Milwaukee Bucks but has no commitment to their big league franchise. In 16 games for the Wisconsin Herd, the 22-year-old has averaged 23.8 points and 4.6 rebounds per game.

Tucker went undrafted out of Little Rock in the 2019 NBA Draft.

The Jazz will be able to sign Tucker to a prorated minimum contract and is likely to have a non-guaranteed subsequent years on the reported multi-year pact.