Vaguely Literary: Andrew Wiggins x The Call of the Wild 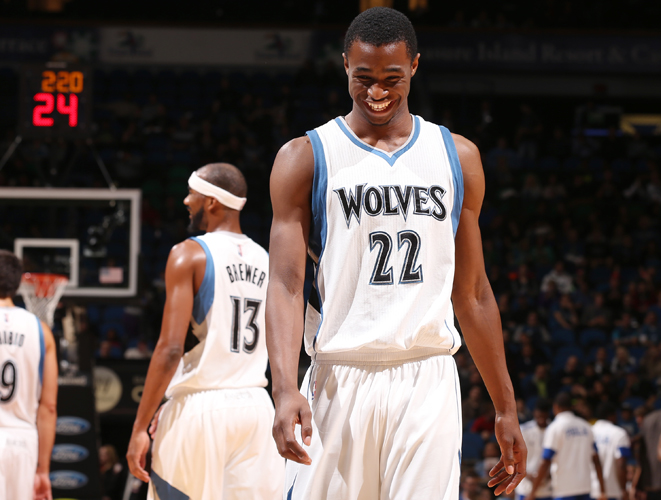 Oh, Andrew. Your life was so nice and sheltered, from Canada to Huntington Prep, then on to Kansas, a multi-million dollar shoe deal and being taken first overall with Kyrie Irving just waiting to throw sweet lobs to you. Then LeBron James signed on to come mentor you. Everything was looking up in the charmed life of Andrew Wiggins.

Then you were shipped off to Minnesota in the middle of the night where it’s cold, and playing for the Wolves could be brutal.

This is all portrayed in Jack London’s classic novel The Call of the Wild, which is set in your homeland of Canada. It’s a novel told from the perspective of a dog named Buck. Don’t be offended that I’m recommending you relate to a dog; we all wish we were as noble as Buck. This book is the Michael Jordan of Anthropomorphism (treating animals as people). It’s an honor.

A judge on a nice California estate, where he was treated like a king, raised Buck. He went on sporty hunts, slept on his warm belly in the sun and was fed the choicest meat by an adoring family. Then one day a worker with gambling debts sells him into the life of a sled dog in the Yukon and he is viciously beaten, learning the harsh realities of his new world.

All of that is coming for you, Wiggins. A franchise that has never won anything and struggles to make the Playoffs can be a cold, dark place, even for a gifted super athlete like you. Not to scare you, but your new team has escaped the first round once in 26 years. KG couldn’t win a thing, and then five minutes after he left, he became one of the League’s great winners.

Learn from Buck. Know whom your enemies and friends are. Fight for what is yours. In the novel, Buck moves from place to place, from owner to owner, navigating the alpha dog wars, which totally resemble an NBA roster. When Buck finally finds what you could call love, it is quickly taken from him and he ends up wandering the wilderness as a feared ghost dog of vengeance. Make them pay Andrew; make them pay for what they’ve done to you.

You have a few months when everybody will be obsessing over the Cleveland side of the deal and they won’t even notice what is or isn’t happening in Minny. That’s a great time to get some reading done.