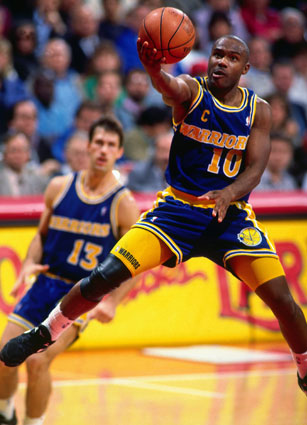 One of the most widely accepted beliefs among fans is that the NBA game is played above the rim; if you don’t have a freakishly athletic frame or have trouble grabbing the rim, you’re probably better suited for the NCAA or overseas. To be honest, this is the truth. Undersized guys are underdogs. The odds are pinned against them, and more times than not, these guys fail at the NBA level.

But then there are the select few who don’t make excuses; the guys who look in the mirror and pay zero attention to their height and wingspan; the guys who simply don’t care. Above are videos of the 10 best undersized guards in the history of our game. To counteract their lack of size, these shorties had to perfect other aspects of their games, whether it be a killer crossover, fade-away jumpshot, quick hands, or exceptional court awareness. There’s no definitive ranking here, but all of the names below can be found in SLAM’s 500 Greatest NBA Players Of All Time.

The main hurdle in compiling the best undersized players was, well, determining who and what is considered “undersized”. For this list, we set the bar at six feet (6-0) or shorter, and used Basketball Reference as the measuring stick. That means if you’re 6-1 or 6-2 according to BR, you were left off the list. Several guys fell into this category, including Nate ‘Tiny’ Archibald, Bob Cousy, Nick Van Exel, and Kevin Johnson.

There were numerous height-challenged players who attained remarkable goals and achieved special accomplishments throughout their careers, so molding together a list of 10 was no easy task. As the famous addage goes, “it’s not the size of the dog in the fight, but the size of the fight in the dog”, and there’s no better way to represent that than these video clips.—Eldon Khorshidi