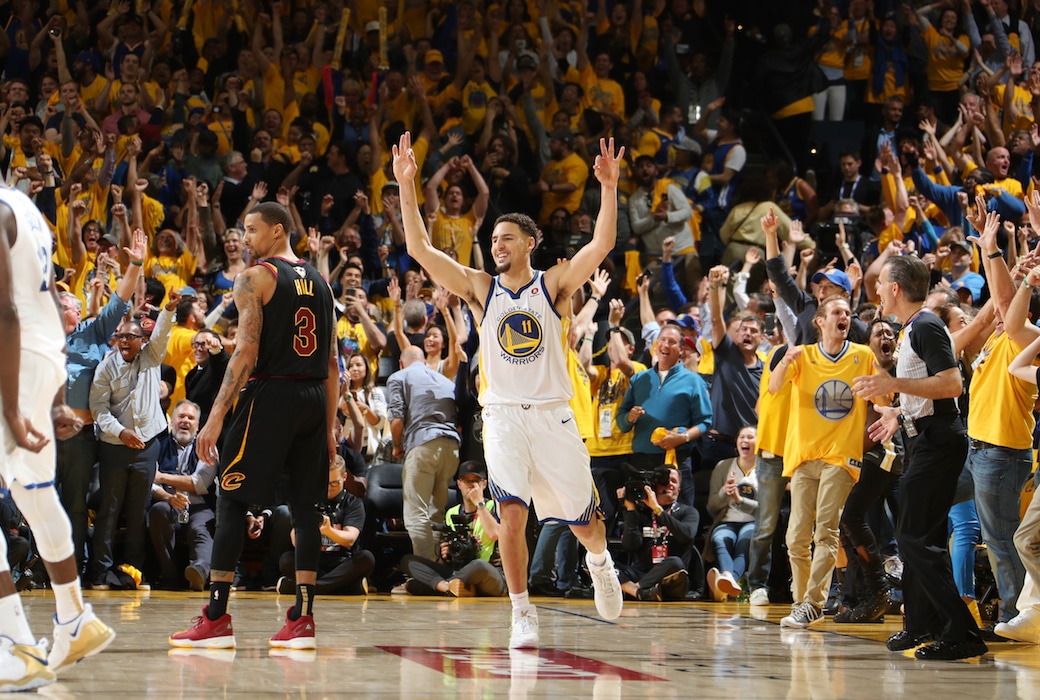 It’ll go down as a 124-114 overtime win for the Warriors over the Cavaliers in Game 1 of the NBA Finals, but it didn’t come without its share of controversy, bizarre decisions, and chippiness in the final seconds.

Of course none of that would have even mattered if LeBron James didn’t score 51 points to keep his team in the game down the stretch. James was phenomenal, even by his standards, as he scored his personal NBA Finals career high on 19-32 shooting with eight rebounds and eight assists.

Bron hears you counting his team out. (via @Cavs) pic.twitter.com/D1iM4D87s0

One of those baskets came on an and-one layup with 50 seconds to go, which put Cleveland up two. On the ensuing possession, James stepped in front of Kevin Durant and appeared to draw an offensive foul — at least that was the initial call. Then the officials went to the monitor to see if James was in the restricted area. He was not, but after review, the call was reversed anyway, and James was assessed a shooting foul. Durant promptly tied the game from the line.

WHAT. A. TIME. #WhateverItTakes vs. #DubNation pic.twitter.com/jH7Xebr5Xc

The Cavs still had a chance to win.

Down one with 4.7 seconds left, George Hill went to the line. He made the first to tie the game, but missed the second. Fortunately for him, JR Smith was there for the offensive rebound. But then…

Smith appeared to think the Cavs were up by a point at the time and tried to dribble out the clock before realizing his blunder.

It was too late. The game went to overtime, where the Warriors dominated from start to finish. Emotions boiled over in the final seconds as Draymond Green and Tristan Thompson got into it.

Draymond trolling and Tristan Thompson having none of it (via @cjzero) pic.twitter.com/wL35RSDAjV

It made for an electric finish to a wild game. Stephen Curry had 29 points and nine assists to lead the Warriors and Durant scored 26 more. Game 2 will take place Sunday evening at 8 p.m. ET on ABC.