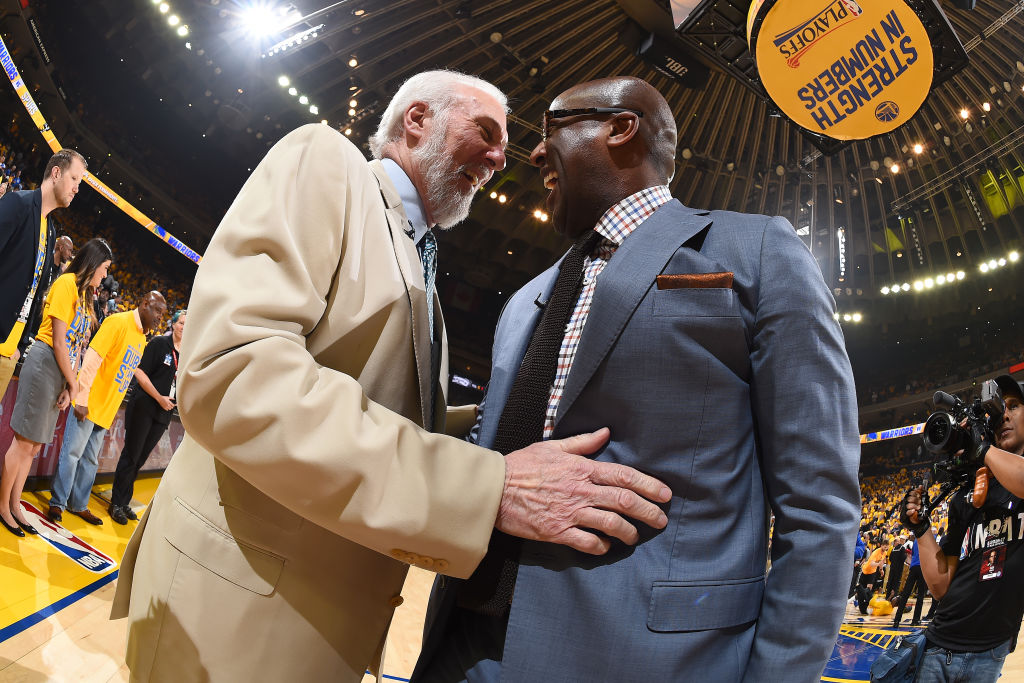 Brown drew the ire of police officers for tailing the Spurs’ bus a little too closely, which greatly amused Gregg Popovich.

Mike Brown was almost arrested on his way to arena thanks to Gregg Popovich and the Spurs. He tells the story pic.twitter.com/Bvf59BkMbs

Coach Pop on Mike Brown: "If the California Highway patrol tells you to get out of the way, move over. He didn't do that."

The cops didn’t care much for Brown’s explanations.

At his final red light before reaching the gates to the stadium parking lots, Brown’s luck ran out.

Once the Spurs got by, Brown’s phone rang with a familiar caller ID — “Gregg Popovich, San Antonio Spurs.”

“So I answer the phone and Pop is dying. He goes, ’Mike, I didn’t know that was you,’” Brown recalled. “He goes: ’I’m sitting here and I see this black Range Rover, I see all these cops surrounding them. I see the car trying to inch forward, I’m like, ‘He’s about to get arrested.’ I said, ‘Pop, this is my own building.’ He goes, ‘I know, when I saw it was you, I died laughing.’”