Warriors, Lakers Are Most Expensive Tickets on Secondary Market 🎟️

With the Larry O’Brien trophy and LeBron James both residing in California, the Golden State is the currently the center of the basketball universe. And demand for tickets across the League point to just how popular both the Warriors and Lakers will be this season.

The Warriors, Lakers, Knicks and Bulls remain the top-four teams in terms of average ticket price, but the gap between No. 1 and No. 2 has shrunk considerably. At $463, the Warriors have the highest average asking price in the NBA. Last season, the Lakers were also No. 2, but the difference in average prices was $157. Since James joined the Lakers, that gap has shrunk to $19. The average asking price on the secondary market for the Lakers is $444. 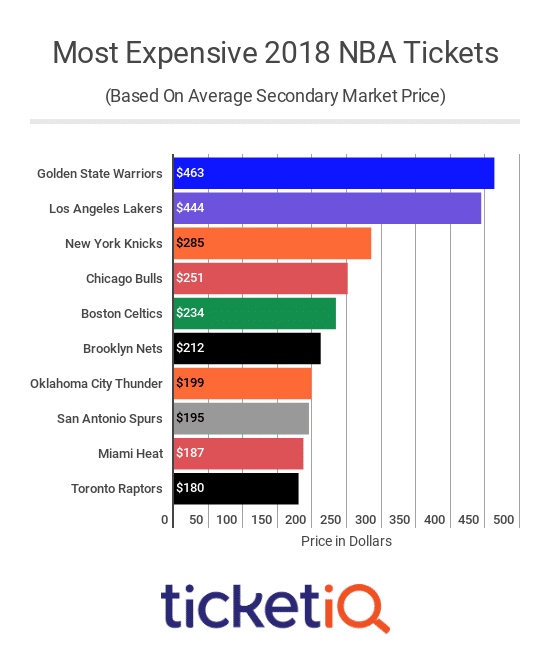 While prices are soaring in the West, not so much in the South. Pelicans tickets have are up from last year but are still averaging just $91 and are currently ranked No. 29 by price in the NBA. Hornets tickets have increased as well, but that wasn’t enough to keep them from being the least expensive in the League at $89 per seat. The Hornets and Pelicans are the only two teams with average asking prices on the secondary market below $100, though the Kings, Magic and Hawks are all right at $100 average. 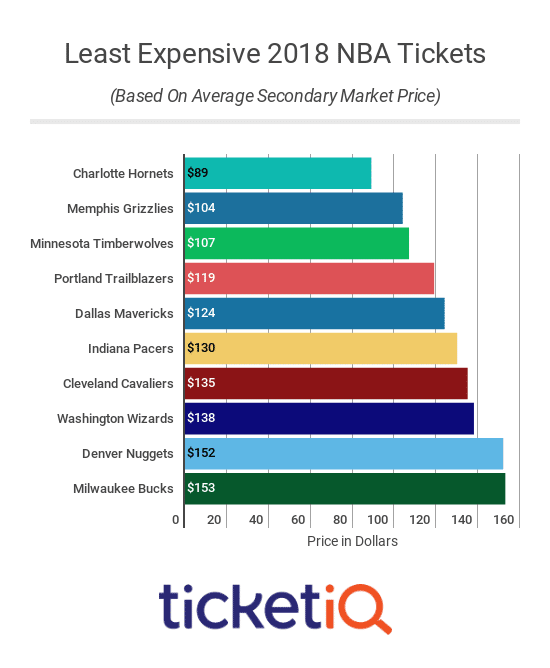 So how does a team command more than four times the cost of the cheapest ticket in the NBA? Simple: Star power. Oh, and being NBA royalty doesn’t hurt. The Warriors and Lakers have both. Stephen Curry has developed into one of the best and most recognizable players in the League while leading the Warriors to three NBA titles in four seasons. And the LeBron James, well, what can we say? He’s been a force since he entered the League, and while the Lakers haven’t exactly been NBA Finals material of late, they’ve won 16 NBA titles, including five since the turn of the century. 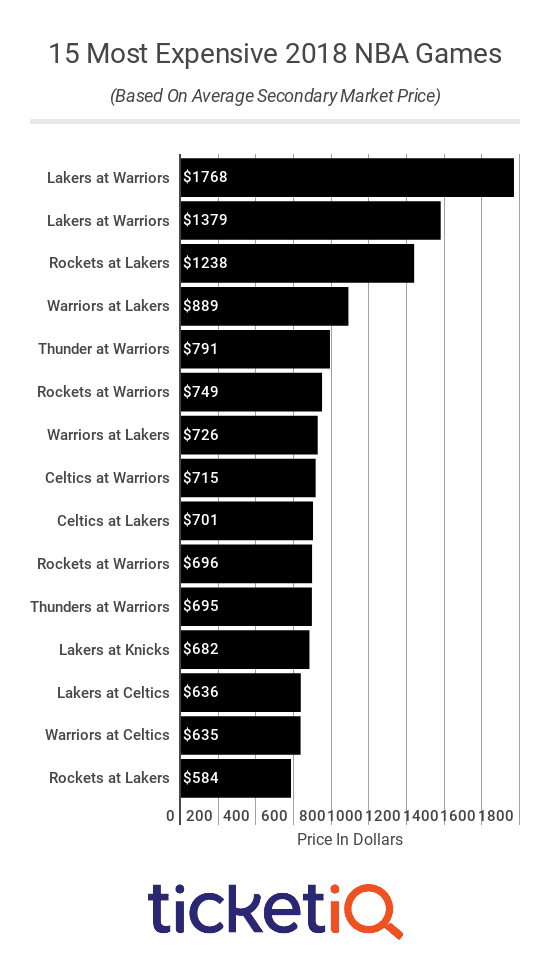 Ten teams had double-digit percentage price increases over last season, and one of the biggest ticket price movers is the Pelicans. Their playoff appearance last season most certainly accounts for the 63 percent increase in the price of tickets, and the Lakers, whose 48 percent price increase can be directly attributed to signing LeBron. The Celtics, Wizards and Jazz all have seen increases of 24 percent or more heading into the new season.

At the other end of the spectrum, James’ departure from Cleveland resulted in a league-high 38 percent drop in ticket prices. Minnesota, Atlanta, Utah, Memphis and the Clippers all had drops of more than 20 percent. 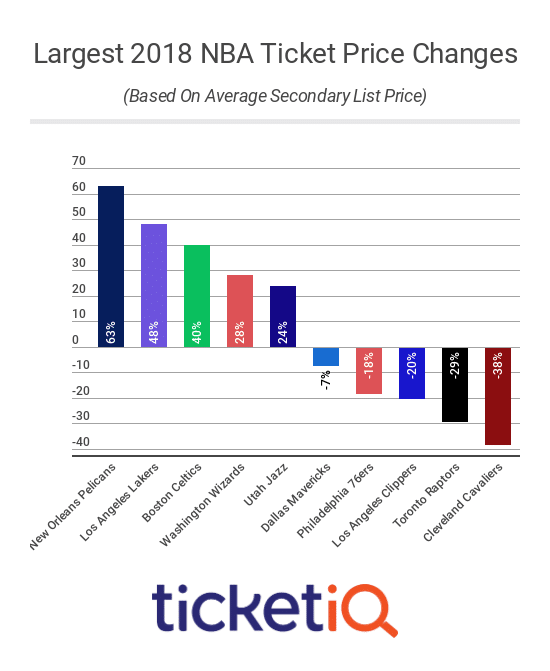 Whether your team had a huge price increase or decrease, finding a good value is always the main goal. But taking each team’s average asking price on the secondary market and using ESPN’s season win projections, TicketIQ.com can determine each team’s “value” in terms of how much you’ll spend to see a win. Among the cheapest teams likely to get to the playoffs are the Rockets, while the priciest team in the metric is the Knicks, who have been shut out of the playoffs for the last five seasons. The second most expensive team in terms of price per win is the Lakers, where at least you’ll get to see the King. 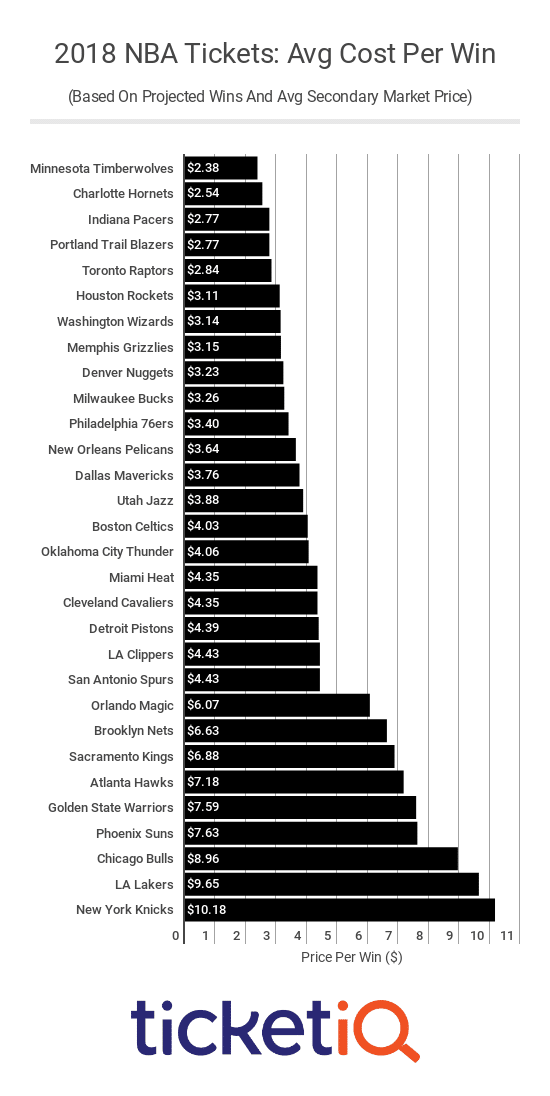 Steve Kerrs Praises Boston Celtics Run to the Finals: ‘They Were Incredible’