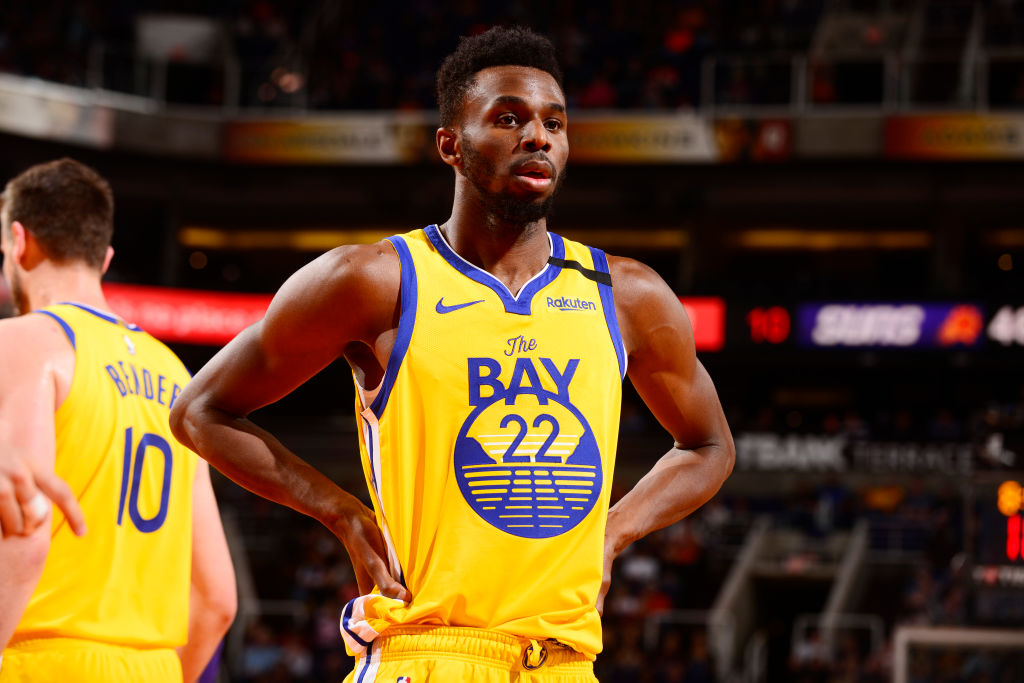 Andrew Wiggins is a “walking 20 points” per night, according to Warriors team owner Joe Lacob.

The Dubs’ braintrust is “very excited” about Wiggins’ potential next season, and beyond.

Lacob adds that Golden State’s sudden and unexpected rebuild perhaps isn’t the worst thing that could have happened to them.

Per NBC Sports Bay Area (via “The TK Show“):

“Our coaching staff is very excited about Andrew and how he may fit here going forward,” Warriors owner Joe Lacob told Tim Kawakami of The Athletic on Thursday. “Very hard — it’s so hard — to find wings right now in the NBA with good positional size and athleticism.

“He’s a walking 20 points. He’s gonna go out there and he’s gonna get you 20 points in any game. He’s capable of doing a lot more than that. But that’s pretty good.”

“When Harrison Barnes was with us — and I loved Harrison, different kind of player a little bit — but we would sit there and say, ‘If we can just get him to get 20 points in a game it would really help,'” he said. “You know (you’ve got a) good chance to win a game if you got three guys scoring 20 in a game. And we needed that.”