Andre Iguodala leads the Warriors with 22 points in his first start of the season. 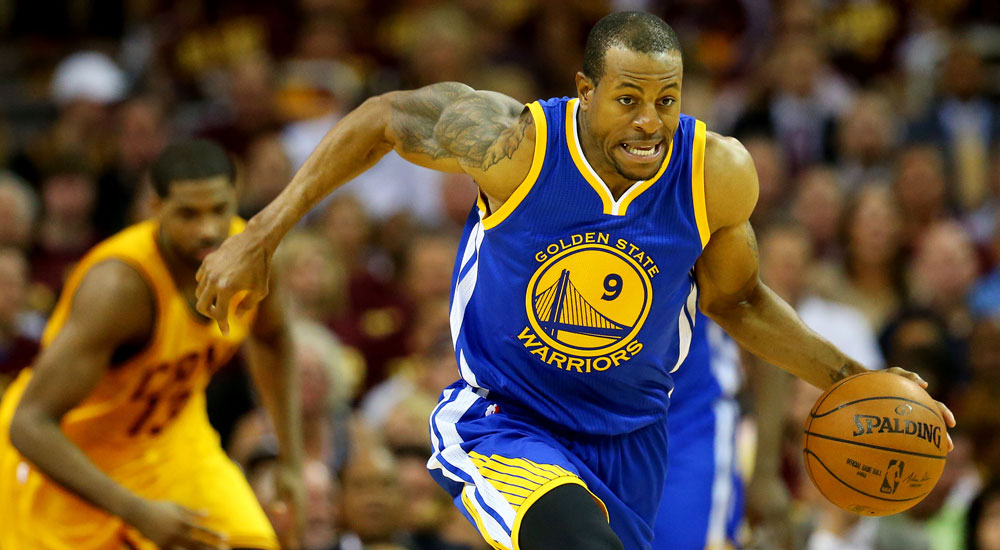 This had been coming. The combination of the Warriors’ depth and the Cavs’ utter lack of it was bound to lead to a Golden State blowout at some point in this series. There might be one or two more of them to come. The first one came Thursday night in Game 4, and the Dubs are back in control of the NBA Finals.

Steph Curry and Andre Iguodala led a balanced small-ball attack for the Warriors, scoring 22 apiece in a 103-82 Golden State win. Timofey Mozgov took advantage of the Dubs going small to score a game-high 28 for the Cavs, while LeBron James totaled 20 points, 12 boards, and 8 dimes. LeBron shot 7 of 22 in the process, and with Matthew Dellavedova going 3-for-14, JR Smith 2-for-12 and Iman Shumpert 2-for-9, the Cavs didn’t have a prayer.

Not that they lacked effort: Cleveland cut a 12-point halftime lead to 6 at the end of the third, but in LeBron’s 90 seconds on the bench to start the fourth, the Warriors quickly pushed the lead back to double digits and never let up down the stretch. Now it’s back to Oakland for Game 5, which may not be “must-win” for either team, but sure does feel like it for the Cavs.