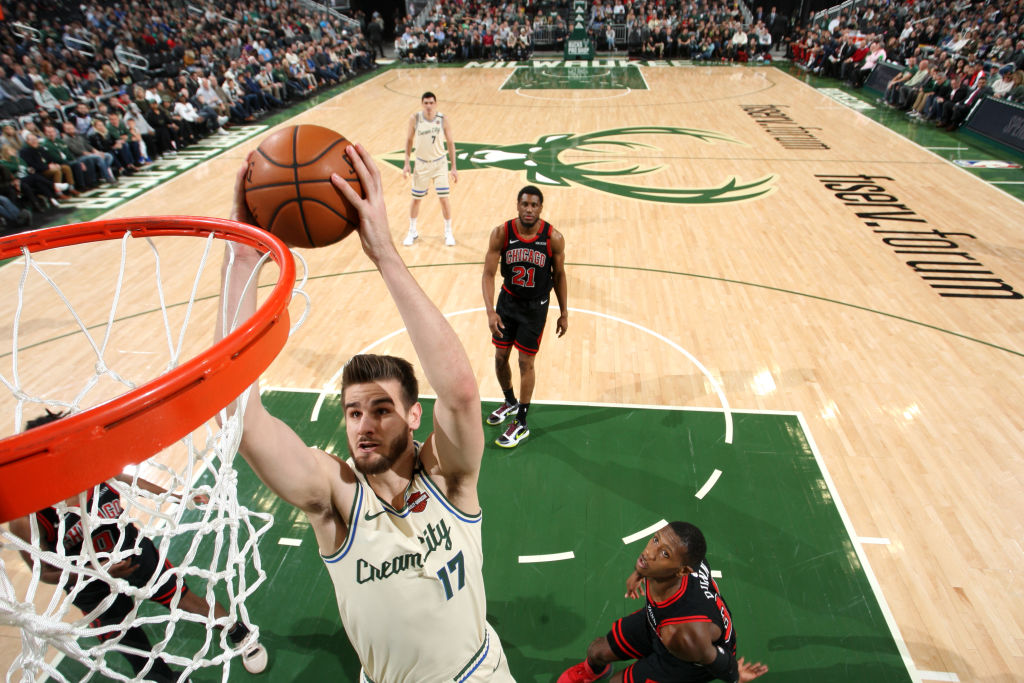 Update #1, Mar. 5: The Warriors will sign Bender to a second 10-day contract, Adrian Wojnarowski of ESPN reports. Bender impressed during his first six-game stint with the team in late February.

The Golden State Warriors intend to sign free agent forward Dragan Bender to a 10-day contract, Adrian Wojnarowski of ESPN reports. Bender was waived by the Milwaukee Bucks earlier in the season.

The 22-year-old was squeezed out in Milwaukee when the Bucks landed the opportunity to sign veteran Marvin Williams but he remains an intriguing project given that he was the No. 4 pick in the 2016 NBA Draft.

The Dubs have done well to make the most out of Phoenix’s other lottery pick from that fateful draft and have developed Marquese Chriss, the No. 7 pick, into a serviceable rotation piece.

Bender saw action in just seven NBA games for the Bucks this season, averaging 13.0 minutes per game but has averaged 20.5 points per contest in his 13 starts with the team’s G League affiliate.

Bender will slide into one of the standard roster slots the team made available when it decided not to bring Zach Norvell Jr. or Jannero Pargo back on second 10-day deals.