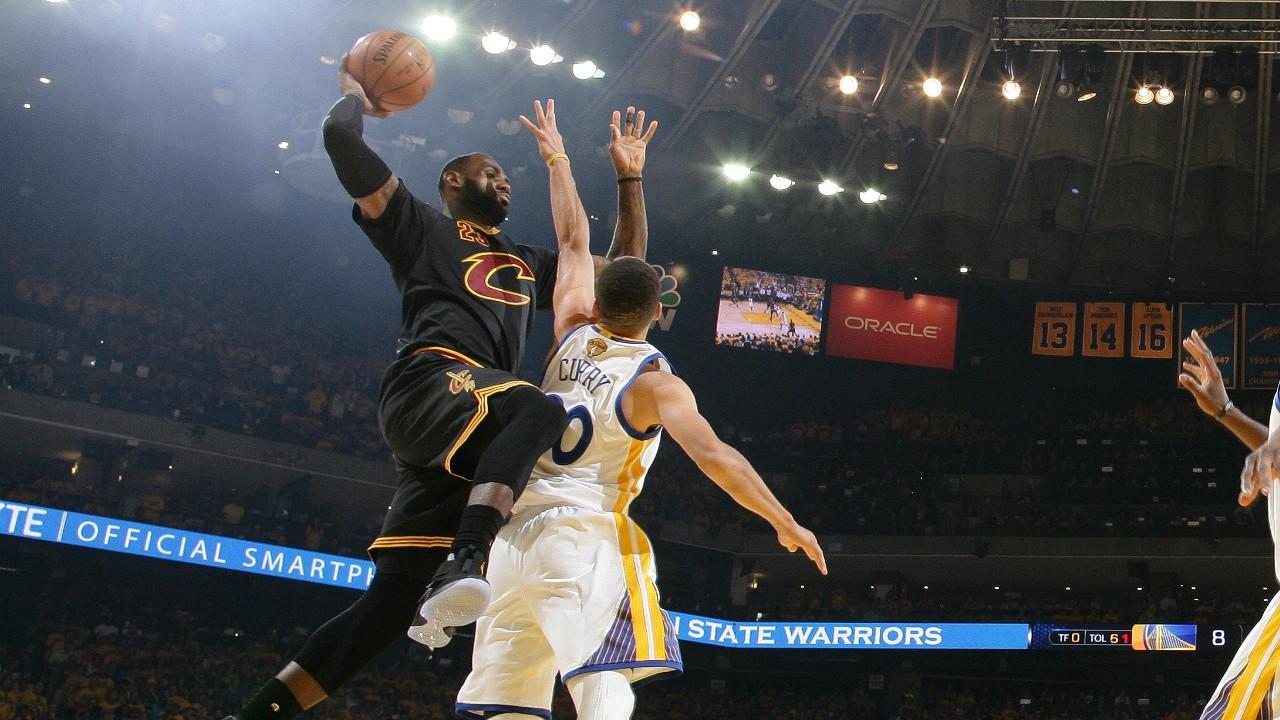 Ohio’s favorite son came through in the grandest of ways, improbably leading the Cleveland Cavaliers back from a 3-1 deficit in the NBA Finals against the 73-win Golden State Warriors, and handed them their first championship in franchise history.

James capped his brilliant postseason run—which included averages of 29.7 points, 11.3 rebounds and 8.9 assists against these formidable Dubs—with 27 points, 11 rebounds and 11 assists in a riveting 93-89 Game 7 victory.

King James is back in his rightful place, atop the basketball world.

Before the start of these playoffs, James Jones came up with the idea of a puzzle. Sixteen pieces in the shape of the Larry O’Brien trophy – one for every win the Cavs needed to win a championship. After every postseason victory, a different player took a turn fitting in the next piece. When Kevin Love missed a game with a concussion, it was his piece. The players kept the puzzle quiet throughout the postseason. They waited until the NBA cameras departed and did it privately. […] Finally, it was coach Tyronn Lue’s turn to fit the final piece Sunday, which was shaped like the state of Ohio.

“Just knowing what our city has been through, northeast Ohio has been through, as far as our sports and everything for the last 50-plus years,” James said. “You could look back to the Earnest Byner fumble, Elway going 99 yards, to Jose Mesa not being able to close out in the bottom of the ninth to the Cavs went to The Finals — I was on that team — in 2007, us getting swept, and then last year us losing 4-2. And so many more stories. And our fans, they ride or die, no matter what’s been going on, no matter the Browns, the Indians, the Cavs and so on, and all other sports teams. They continue to support us. And for us to be able to end this, end this drought, our fans deserve it. They deserve it. And it was for them.”

James sealed his legacy with this win. Three championships, three Finals MVP trophies. One curse slayed. […] “I watched Beethoven tonight,” (Kyrie) Irving said. “He had a freaking triple-double in Game 7 of an NBA Finals game. There will still be naysayers, but I know it doesn’t matter to him. It doesn’t matter to me. All that matters is we’re champions and our whole team is etched in history.”