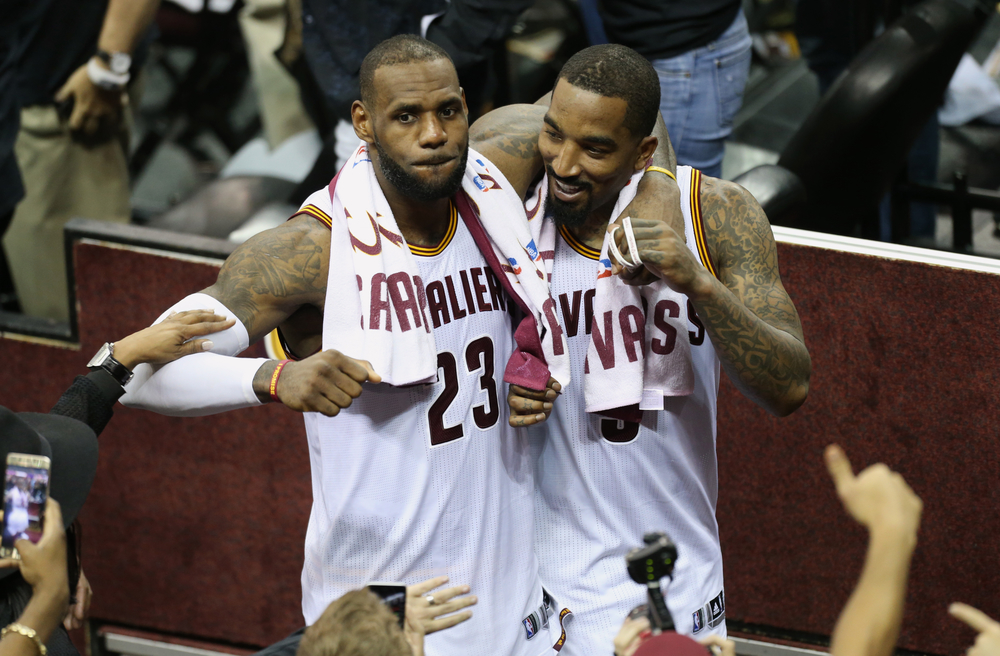 Now, King James wants them to re-sign his free agent teammate and friend J.R. Smith (LBJ applied public pressure to the front-office at the end of the clip below.)

Tristan Thompson—who like Smith and James, is represented by the Klutch Sports Group—inked a five-year, $82 million deal last summer after LeBron said Cleveland needed the big fella back.

James, the reigning NBA Finals MVP, will be the highest-paid player in the League next season at $31 million.