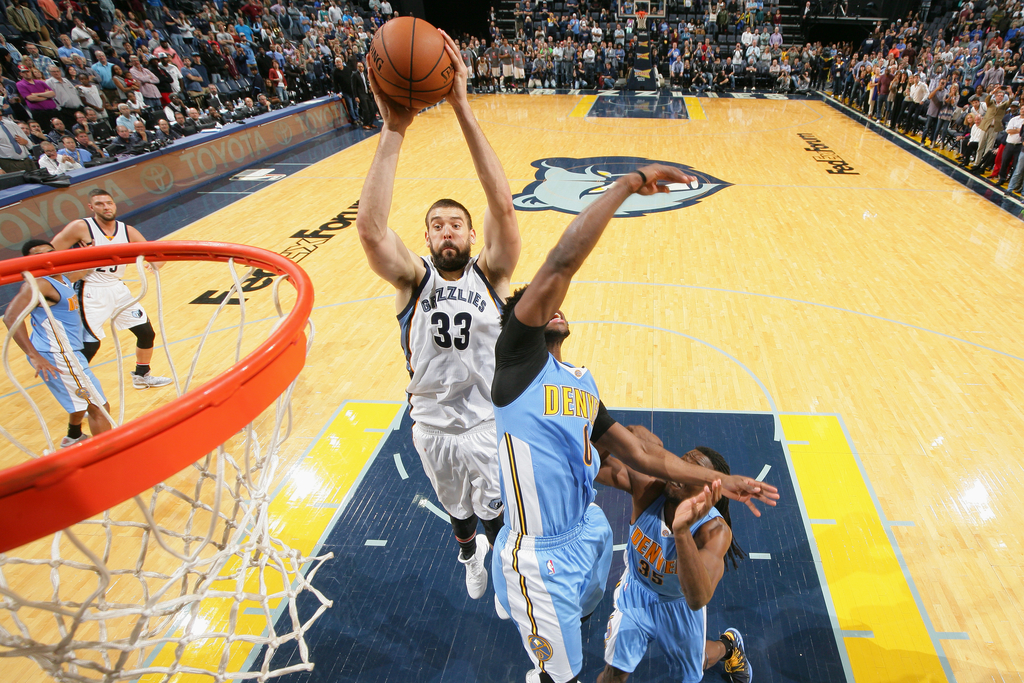 Vince Carter lofted a high-arching and perfectly-timed pass to Marc Gasol, who gently guided the ball into the hoop for a dramatic 108-107 victory Tuesday night against the visiting Denver Nuggets.

Carter finished with 20 points and Gasol chipped in 19 for the Memphis Grizzlies, who put an end to a two-game skid.

Emmanuel Mudiay had 23 points and Danilo Gallinari added 21 for the Nuggets.

“I had progressions, I had a couple of options, but I just had to be patient while still keeping the 5-second violation in mind,” Carter said. “It’s a stressful situation, but I’ve been in it before. I know how to relax and take my time.”

“The play was executed to perfection,” Carter said. “I just wanted to put it up there where only Marc could get it and let him take care of the rest.”

Gasol said the key to the play was the experience of Carter. […] “The guy guarding the inbounds pass jumped too early,” Gasol said. “That opened up the passing angle and Vince made a great pass.”