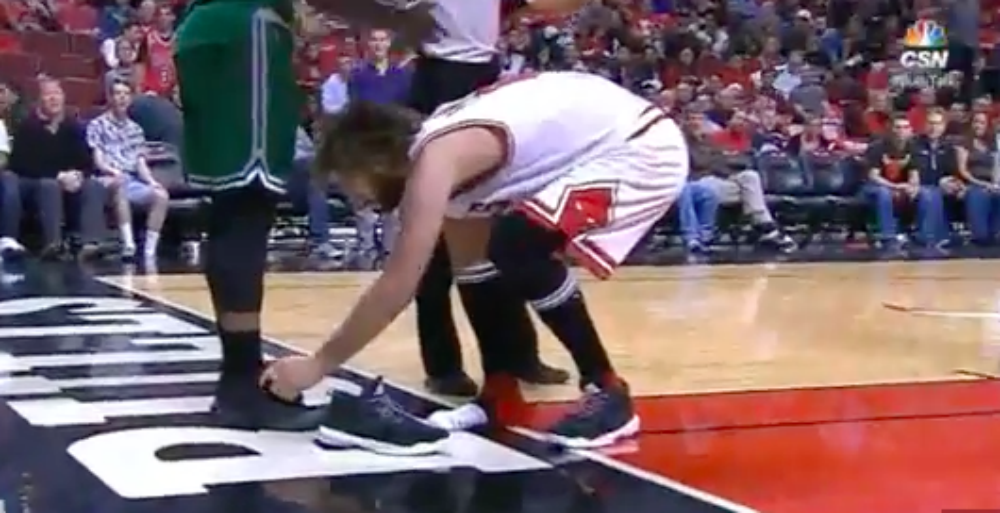 This had to be one of the stranger delay of games in NBA history.

First, Robin Lopez lost his own shoe, which Jae Crowder tossed out of bounds. Then, Lopez decided to have some fun of his own, kneeling to tie Crowder’s shoe while the Celtic was arguing with the ref.