Why Steve Nash is destined never to reach The Finals 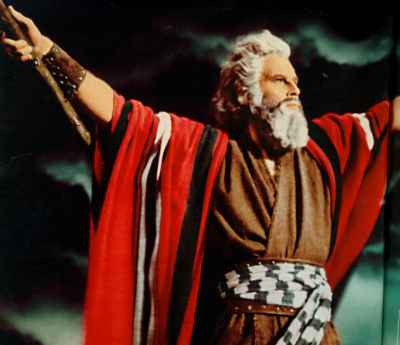 Another Monday means more catching up on W.I.N.N.E.R.S. Now, the origin of all of these gimmicky awards columns is the old Faces of Playoffs. It was a way to give individual glory or blame to one man, ignoring the team aspect of basketball. Now, as we are down to the NBA Final 4, we have three solid to great teams, and one virtuoso performer with a bunch of other guys. Team play is the way to win, but it is not as, dare I say… sexy? What I’m getting at is that all of this individual award stuff is kind of pointless. Consider W.I.N.N.E.R.S. to be the individual player most directly responsible for a team win. I think.

SAN ANTONIO: Tim Duncan. He was facing one of the better front lines in the NBA. It might have been hard to tell the way they were dominated.

SAN ANTONIO: GINOBILI! The Spurs were doing fine in the playoffs with Manu struggling. Now that he’s out of his funk, they might already have the championship wrapped up.

CLEVELAND: LeBron. The Cavs nearly blew a 20 point lead, until the Nets got impatient and then LeBron sealed the game with a few passes and shots. If it sounds easy, that’s because it was.

And now for the main feature…

Consider today analogy day. Jake wrote his piece about viewing LeBron James as a college student. I have had this thought in my mind for a few weeks, and today I unleash it upon you…

Not Moses Malone. The biblical Moses. It’s always dangerous to bring up religious themed conversations, but I am simply approaching this as the history or myth of Moses that many people accept. Whether you believe or not, just stay with me. At the very least, look at it as a comparison of a current NBA basketball player to a historical figure or an accepted archetype.

According to the story, Moses was born to the Hebrews, was sent to Egypt as a baby, where grew up and came to power under the Pharaoh.

Steve Nash was drafted by the Phoenix Suns but didn’t play much there. He was sent to Dallas, where he became an NBA star, learning under the leadership of Mark Cuban. Cuban exhibits many traits of a Pharaoh, such as an obsession with material wealth, power, tyrannical habits, megalomania, and more. Dallas and many parts of Texas have a credo that “Bigger is better.” They might as well have pyramids and a Sphinx or two down there. I guess they do have that in Memphis, but that’s a city named after the city from the ancient world where… okay, going too far.

Moses returned to the Hebrews to lead them out of slavery.

The Phoenix Suns were in a rebuilding phase and hadn’t won their division since the Barkley days. Nash returned to Phoenix and they have won three straight Pacific division titles.

While Moses receives praise for being a great leader, it was the ability to use the ten plagues that made him so effective.

Nash’s leadership skills are unquestioned. but many say that his success comes from the talent that surrounds him, Mike D’Antoni’s system, and so on. Did I just compare Shawn Marion and Amare Stoudemire to locusts and boils?

There are other similarities that I could get into, such as how in this postseason his nose was parted like the Red Sea, but I’ll skip that to make the most important point.

Moses, the leader of the Hebrews, was never allowed to enter the holy land which today is called Israel. There are reasons for that, a story about striking a rock instead of giving God credit, but that’s not crucial to the comparison. Once Moses died, his people finally found their way to the promised land.

Steve Nash has all of these similarities with Moses, and he also has never found his way to the promised land of the NBA Finals. If the comparison holds true, it will never happen.

So it is written. So it is done.