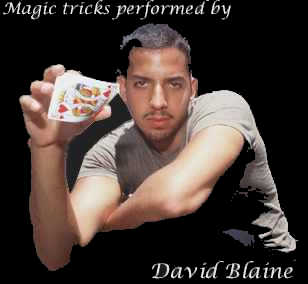 I have to step out early today, so I want to do W.I.N.N.E.R.S. now. For the game itself I’m giving it to Derek Fisher. Deron hit the big shot and had a monster second half. Memo hit the huge deep 2 with his feet on the line and had a big game himself. Boozer, Kirilenko, they went all out to counter what Baron Davis and Matt Barnes were bringing. Derek was the inspirational leader last night, and yeah that might be a little cheesy but so what. His daughter’s surgery was a success, he seems like a nice guy, and we’re going with the Hollywood ending today.

Now, two points of interest to bring up.

1) Joey from Straight Bangin’ sent out emails a few weeks ago about the search for a definitive top 25 Hip Hop albums of all-time list. Today the results are posted. An esteemed panel of Hip Hop experts and Jake Appleman contributed.

There was a commercial on TNT last night featuring David Blaine. Naturally, it’s creepy. But this one is based on an idea that my former roommate came up with years ago. I guess it’s my/our fault for not capitalizing on the financial boon that would have come from really exploring the idea further. I texted Lang about the magnets, and he said he remembered, and even found the old archived page when I was filling in on The Links and wrote about it. That was two years ago. You might remember a Nets-Heat playoff game going to OT when Vince took a shot that hit every piece of the iron before going down.

All credit for the magnets theory goes to my friend Noah. Here is the genesis of that theory, otherwise known as the greatest moment in NBA history until it was replaced by the LJ four-point play a few weeks later.

Off the front rim… and in. Excuse me, that was disrespectful to Gus Johnson’s call. “RUNNING JUMPERRRRR!!!! …. OFF THE FRONT RIM!!!!!…. !!!!… AND IN!!!!!!!!” The theory goes that the black seams on the basketball are magnets and David Stern has his finger on the button to make shots like that go in, because the rim is also magnetized. David really hooked up the NYC major market TV audience that day. Come on, Allan Houston taking it to the rim for a game-winner? The TNT commercial is not exactly the same, but close enough. Blaine puts some magnets on the ball and completes a full court shot. I’m not looking for credit like oooooh “David Blaine stole your idea!” I mean, he’s pretty much the 21st century of a wizard or warlock, and he could do terrible things to those who speak against him. Maybe he went back in time and thought of the magnet theory before Noah did. He’s David Blaine, a magician. The thing that I’m slightly peeved about is how bad the commercial is. Come on! You’ve got a million dollar idea there! You could have pulled the Stern curtain down. It could have been so much better.

Actually, I just wanted to put the Allan Houston video up there. Eighth seeds that win first round series are the best!