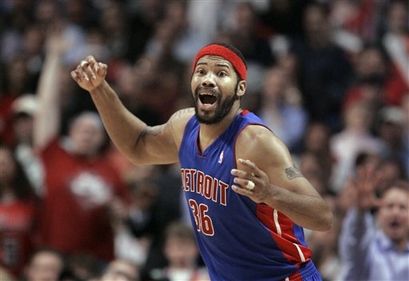 W.I.N.N.E.R.S. for the Pistons is a pick-’em once again: Rasheed Wallace.

Jake is covering the Nets game tonight, though I don’t know if he’s going to the game or not. Game 4 felt like a depressing “last home game of the year”, but that didn’t happen. Cub is on top of the Spurs-Suns drama-fest, which has become the 2nd round version of Golden State-Dallas; one series to rule them all, at least from a conversation standpoint.

Tonight should be fun. Hopefully one of the teams that’s up 3-2 will lose, so we can stall before its time to get into the Conference Finals.

Time for some Friday Night Softball. Cold weather? Lingering headache from a concert? Drop me from your fantasy roster tonight.

Have a great weekend everyone!