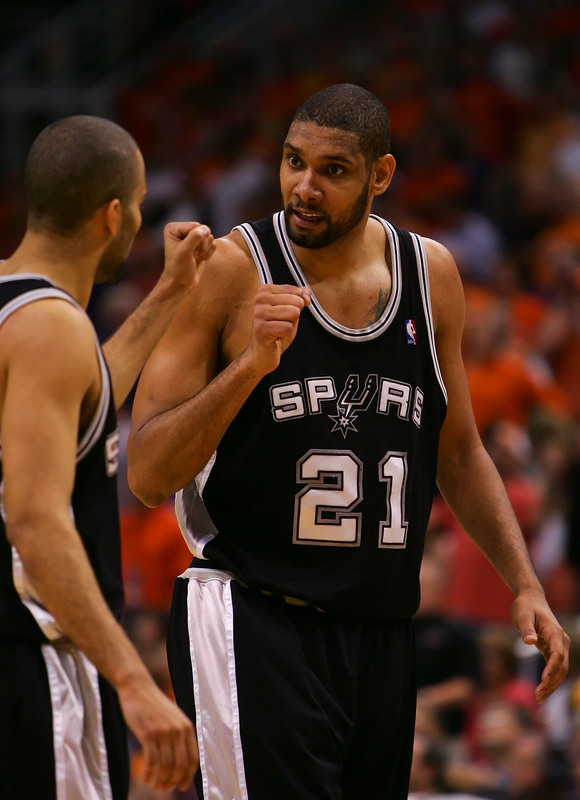 Another Monday to go back in time and run down the W.I.N.N.E.R.S. list. First, I want you all to know that I am already aware that Cam is out of Dipset. Thankfully I recently renounced him like Vlad the Impaler renounced God in Bram Stoker’s Dracula. I’m tired of the celebrity beef and gossip culture. All celebrities should be forced to have other jobs on the side, especially rappers.

SAN ANTONIO: It should be Tim Duncan, since he dominated on both ends, came up with key rebounds, did the usual Tim Duncan things. But I’m giving it to Tony Parker. Not only did he slice and dice the Suns D, but he used his head as a blunt object to take the Suns playmaker out of the game. Then he flopped before the ball was inbounded to get the Spurs an extra free throw. That’s winning NBA playoff basketball.

CLEVELAND: LeBron had an off-game. 21-11-7. That’s a good off-game. Drew Gooden takes it, leading the domination of the boards.

DETROIT: Once again for Detroit, take your pick. Rip convincingly won the match-up with Ben Gordon, so I’ll go with him.

NEW JERSEY: Jason Kidd. He averaged a triple double for the series. When you see him in person, he looks like an old man. Clearly he does not feel that way on the inside.