Wizards Owner: ‘We Will Never, Ever Tank’ 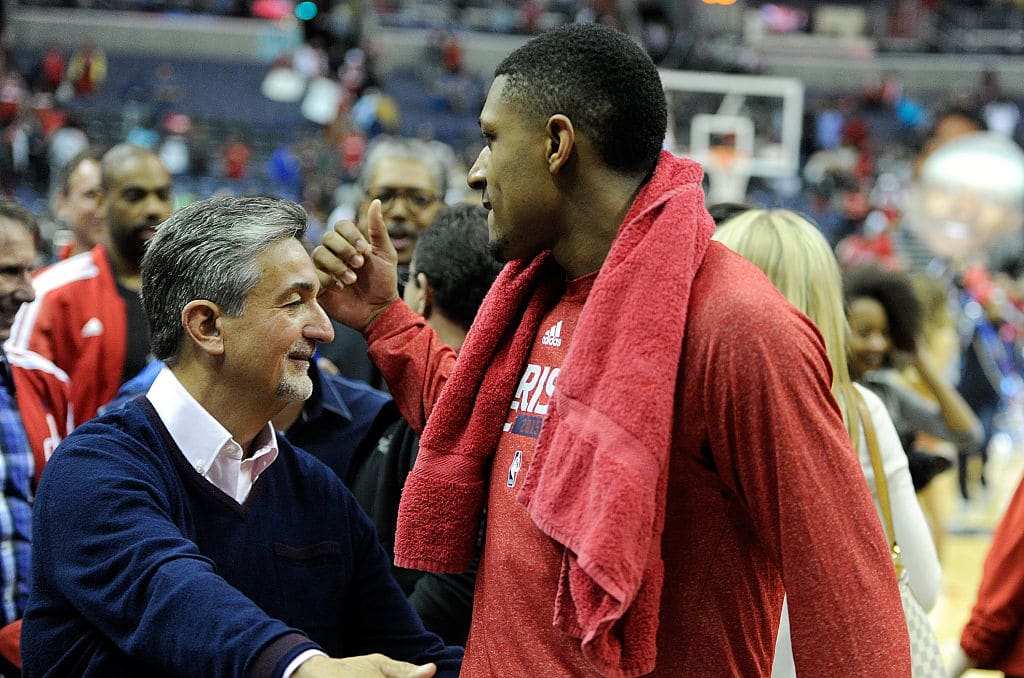 The Wizards “will never, ever tank,” according to team owner Ted Leonsis.

Even with All-Star point guard John Wall lost for the remainder of the season and Washington seven games under .500, Leonsis remains committed to making the playoffs.

#Wizards majority team owner Ted Leonsis was adamant: in spite of injuries, WAS still has a goal to make the playoffs. Tanking is NOT an option. Story written by @ScottSAllenhttps://t.co/nj6WGzoDxc

Bradley Beal told Leonsis that they “got enough” to reach the postseason.

“We set out goals, and you got to meet the goals,” Leonsis said. “And the first goal is to make it into the playoffs and to do better than we did last year, and to me that will make for a successful year. … What I’m encouraged by is that guys aren’t feeling sorry for themselves. In fact, they looked at it now as an opportunity. They’re getting more minutes, and everyone wants to make the best of their time, but to meet the goal of making the playoffs, not for individual stats and accolades. This is a team, collective goal.”

Shooting guard Bradley Beal has stepped up in Wall’s absence, averaging 29.8 points with 5.8 rebounds and 6.2 assists over his past 10 games. Leonsis said that Beal, who has averaged nearly 40 minutes a night during that span, remains confident that Washington will rebound to qualify for the postseason.

With the team already in disarray when Wall underwent surgery, few would have faulted Washington’s front office for turning its attention to the 2019 draft.

“We just played Philadelphia, and they have shoes that say ‘Trust the Process,’ ” Leonsis said. “And they were really, really bad for seven years. And I looked when we beat them at home, they had two guys that they picked in the first round in the lineup. So, you know, that process is pretty risky in and of itself. I don’t think you can tell players, coaches, staff: ‘Don’t make the playoffs and tank!’ We will never, ever tank.

“We had a strategic plan when I first bought the team to trade our all-star players and get under the cap and get high draft picks, and we did that. We were able to keep those high draft picks with second and sometimes third contracts. So that’s been our process. But I don’t want to do that process anymore. And I don’t think you can tell a coach, I don’t think you can tell a staff, ‘Don’t try to win.’ I will never do that. So if this team makes the playoffs on its own, that’s fantastic.”