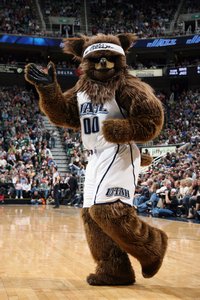 There’s only one game on tap for tonight, but there’s plenty to watch over the weekend. Let’s take a look…

Lakers @ Jazz, Game 3: The Jazz are facing what is obviously a must-win situation, and despite how poorly they’ve played so far in the series (especially on the defensive end of the floor), it would not be wise to bet against them.

If the Lakers can withstand the crowd, and the initial burst of energy from the home team, keeping the game close until crunch time, it’s important to keep in mind that they have the luxury of employing the game’s best closer.

Pistons @ Magic, Game 4: Chauncey Billups won’t confirm if he’ll suit up in this pivotal game; if he can run, trust me, he will be on the floor. Billups doesn’t strike me as the kind of guy who would allow an injury to make him miss consecutive Playoff games.

With a hobbled Chauncey, this is Orlando’s golden opportunity to make this series more than a little competitive. The Pistons are a confident, sometimes downright arrogant squad, but even they are not immune to self-doubt once the losses start piling up.

Celtics @ Cavs, Game 3: The C’s will try to prove that the Hawks series, and their inability to play on the road, was nothing more than a fluke (and perhaps just a bad matchup.) This will not be easy, as the Cavs will be playing with desperation, and it’s not hard to imagine LeBron spending much of the evening at the free throw line.

Hornets @ Spurs, Game 4: San Antonio finally woke up in Game Three, and they may have found an effective strategy against New Orleans: Let Chris Paul get his – because, and let’s not kid ourselves here, he’s going to get it anyway – and clamp down on everyone else.

Paul’s statline in the previous game was eye-popping as always; the key to victory (and a stranglehold on the series) will be whether he can get his teammates involved the way he’s done all season long.