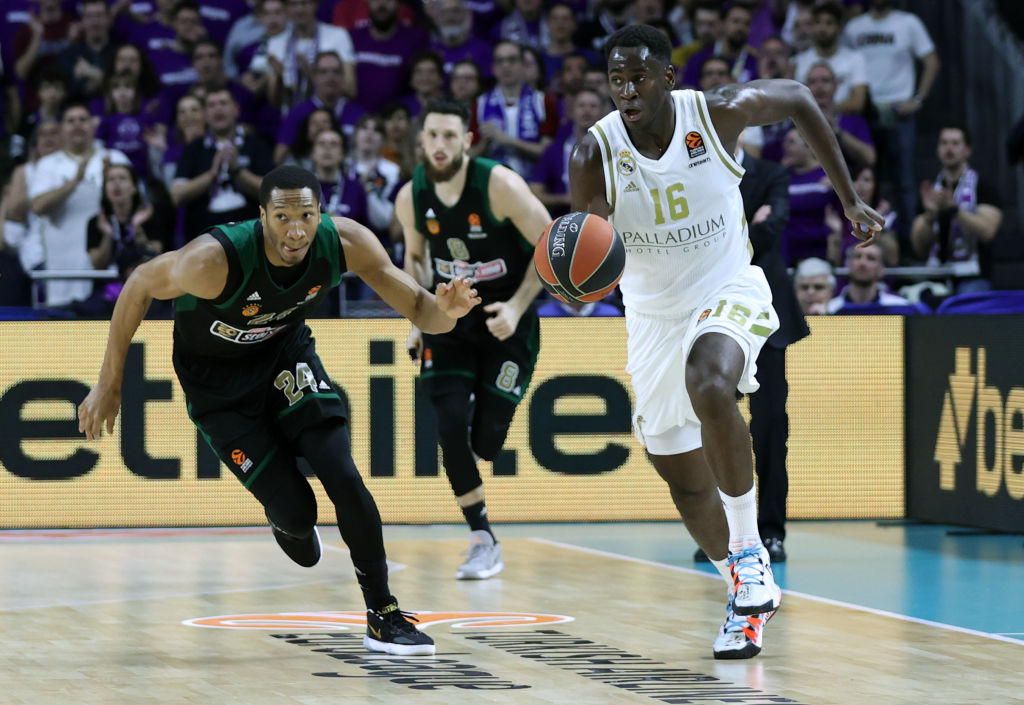 With less than two months until the 2021 NBA Drafts, more high-caliber prospects continue to put their name into the hat in hopes to get selected and begin their NBA career.

Most recently, two quality international talents have official declared for the July draft.

As first reported by ESPN’s Jonathan Givony, both Usman Garuba and Mario Nakic are officially entering the 2021 NBA Draft.

Garuba is a 19-year-old forward and is the No. 15 prospect in the ESPN Top 100. The Spanish prospect stands at 6-foot-8 and projects to be an excellent defender at the next level with his 7-foot-3 wingspan. He is averaging 5.6 points and 5.3 rebounds in 19 minutes per contest in Liga ACB for Real Madrid.

Garuba was a key piece of Real Madrid’s successful regular season, finishing 34-2 and leading then to the No. 1 seed in the postseason.

Nakic is a Serbian-Croatian wing who is also 6-foot-8 and extremely versatile. He currently plays for Filou Oostende of the Belgian Pro Basketball League, on loan from Real Madrid where Garuba plays. Also 19 years old, he’s averaged 9.2 points as 2.9 rebounds per game this season while shooting .514 from beyond the arc.

Both of these prospects have gained valuable experience this season playing against and alongside grown men. While it isn’t the same route many players in the United States take going to college before the NBA, it’s a model that’s shown success in the NBA as international players continue to shine.