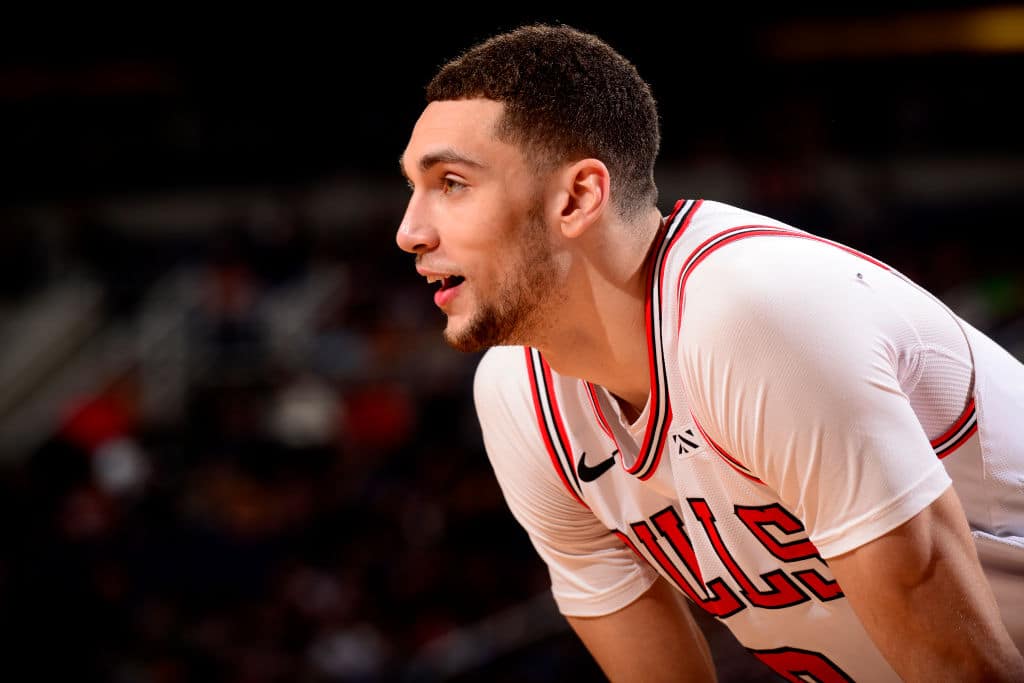 Bulls guard Zach LaVine has no desire for his season to end in April.

LaVine, 24, is determined to reach the playoffs for the first time in his five-year NBA career.

The high-flyer says Chicago is aiming to “surprise people” in 2019-20.

Speaking more about that health factor, obviously it wasn’t a major [knee] injury for you down the stretch last year, but was it disappointing to be shut down for the remainder of the season in that last month? And how are you feeling now?

LaVine: “Yeah, I mean that’s tough, man. It’s all a little bit of a good and a bad thing because you always want to look out for your health and the team is a business at the end of the day too, but we’re very competitive. But I’m good, I’m healthy, I’m ready to start the season. I want to play all 82 next year — actually, I wanna play more than 82, I don’t wanna go home in April. I’ve been in the NBA for five years now going on six. I’ve had some big nights in the NBA, but I haven’t played in a playoff game. I’m looking forward to trying to compete for those.”

You guys have a young core but also added a few vets this summer. Do you feel like the Bulls are being slept on in that playoff conversation out East?

LaVine: “I mean, of course, but I feel like that’s the way it has to be though. You know, until you show the caliber of play that you guys are capable of, you’re going to get slept on. It’s all speculation anyway for people judging that, so I feel like it’s a good thing. You go in there with a chip on your shoulder. It’s always good to surprise people.”

Related On The Rise: Zach LaVine is Back and Ready to Put on for Chicago