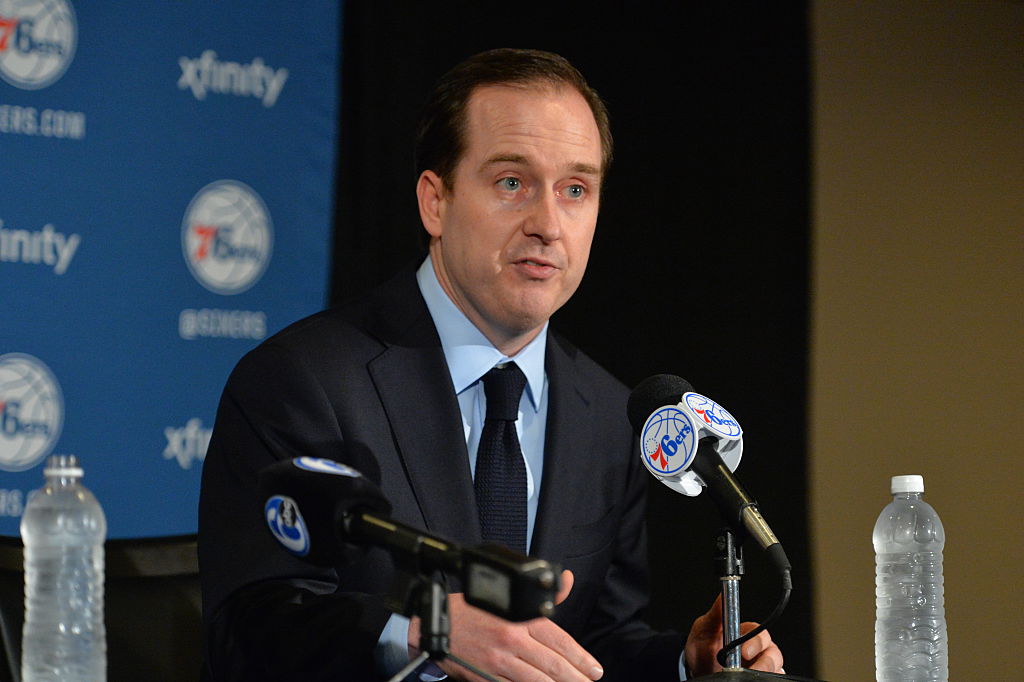 Sam Hinkie is best known for kicking off ‘The Process’ in Philadelphia as he made strides to turn the franchise around over time. He had a very unique way of doing things, especially when it came to rebuilding teams.

From 2013 to 2016, he served as the general manager of the Sixers. After parting ways in 2016, he completely left the game of basketball to start a venture capital firm that allows him to be an investor in early-stage companies.

Prior to his tenure in Philadephia, Hinkie had spent time in the Houston Rockets organization in a variety of roles from 2005 to 2013 under then-Rockets general manager Daryl Morey.

You would think a guy with over a decade of front office experience would consider coming back to the NBA at some point, right?

Hinkie, however, has no desire to ever come back to work in the league. During an appearance on the ESPN Daily podcast with Pablo Torre, Hinkie made it very clear that there is no chance that would ever happen.

“Zero [chance]. I’ve turned that chapter for sure. That part of my life. I very much like what I’m doing now. I like surrounding myself with people who think in sort of the timeframes I do, which is often longer. That are quite comfortable with long feedback loops. That want to do the kinds of things I do, which is bet on young people and watch them flourish.”