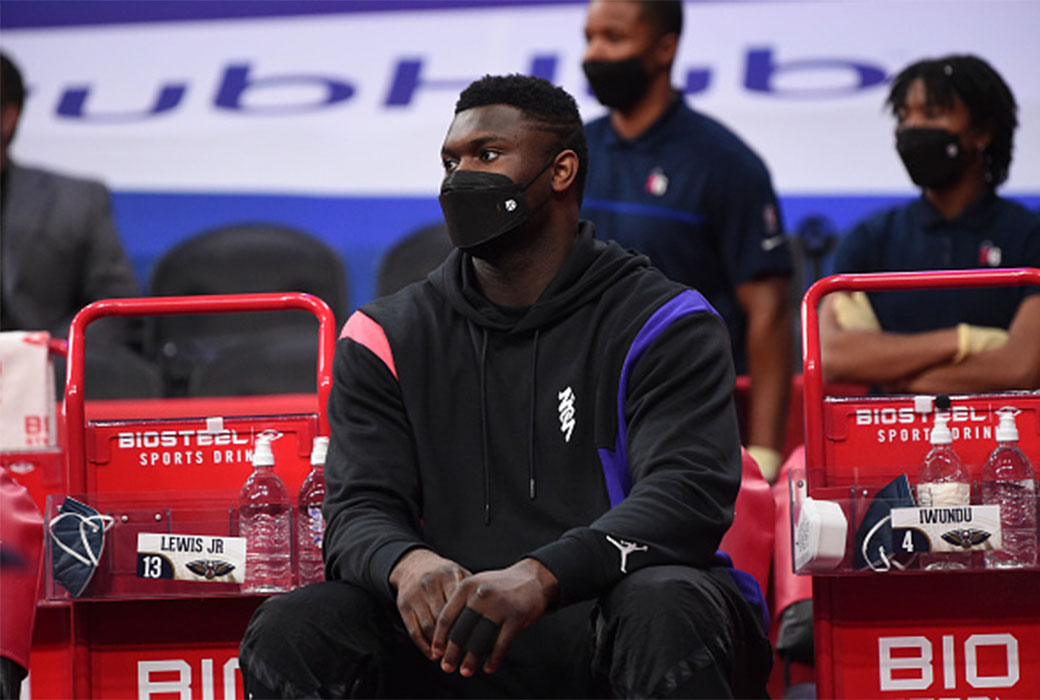 New Orleans Pelicans star Zion Williamson has fractured his left ring finger and is out indefinitely, NBA.com reports. The injury could have occurred during Tuesday’s 108-103 win against the Golden State Warriors, while Williamson was attempting to snag an offensive rebound against Warriors’ Kevon Looney.

According to ESPN, Williamson underwent a CT scan on Thursday that revealed the injury. His treatment and return will be determined based on evaluation.

Pelicans Executive Vice President of Basketball Operations, David Griffin criticized the NBA for how his superstar has been officiated.

“I’m really frustrated because this was avoidable,” Griffin says, via NBA.com. “We told the NBA through every means available to us, through sending in film, through speaking to everybody in the officials department, everybody in basketball operations, that the way they were officiating Zion was going to get him injured. Quite frankly, he’s injured now because of the open season that there’s been on Zion Williamson in the paint. He’s been absolutely mauled in the paint on a regular basis to the point other players have said to him (they will) keep doing this to you because they don’t call it.”

However, Griffin believes that the injury could have happened over time, rather than from one specific incident, adding:

Griffin’s overflow of frustrations could be about recent matchups. During the final few seconds of the recent 114-112 loss to the Denver Nuggets, Nikola Jokic appeared to slap Williamson on the wrist as the Pelicans standout attacked the basket for a dunk. No call was made.

The next day, the NBA admitted that Jokic should have been called for fouling Williamson. Head coach Stan Van Gundy weighed in on the treatment the referees give to Williamson:

“He certainly takes a lot of hits. We’ve been on the referees hard. I know I have been every game,” Van Gundy says, via ESPN. “I get the response that, ‘Well, how many free throws has he shot?’ and my response is always, ‘Not enough.’

The 20-year-old forward is averaging 27 points, 7.2 rebounds, and 3.7 assists in 61 games this season. The Pelicans are 2½ games out of the last play-in spot behind the San Antonio Spurs, with five games left in the season.