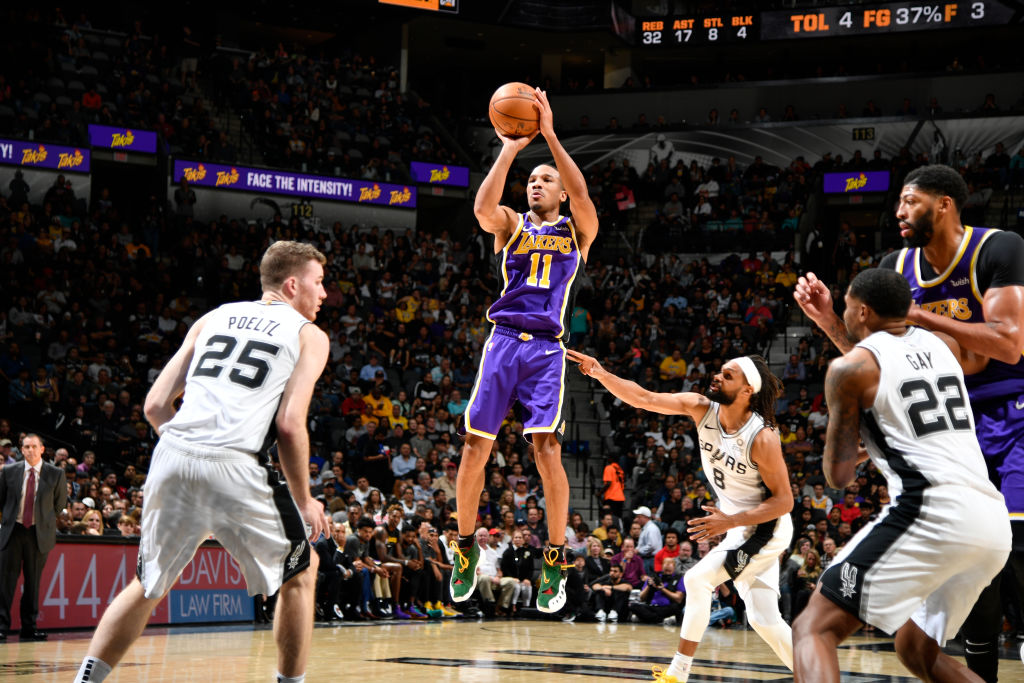 The Athletic’s Shams Charania reports that Lakers guard Avery Bradley will be declining his $5 million player option in 2020-21, making him a free agent.

Shams reported last week that Bradley was considering declining his player option, as well as changing representation. The team’s starting point guard had missed the remainder of the 2019-20 season, citing his family’s health.

Bradley, joined the team last July, averaged 8.6 points, 2.3 rebounds and 1.3 assists during his short time suiting up for the Lakers. A lockdown defender, Bradley helped solidify the team as one of the top defenses in the league, inspiring the team to create “The Avery Challenge” when Bradley missed fourteen games due to a hairline fracture in his leg.

“I was a little embarrassed when he said it,” Bradley said according to the OC Register’s Kyle Goon. “But, no, it’s cool, man. I think it challenges us every single day. Every single game. We have the personnel to be able to be the No. 1 rated defensive team and so I think Coach is just trying to motivate us and make it fun at the same time.”

ESPN’s Ramona Shelburne reports that Bradley was interested in returning to the Lakers, but wanted a bigger contract over an extended amount of years.

I am told that he would like to stay in Los Angeles, but he wants another deal. He only has one year on this deal.

“If he opted out, they could then sign him to a larger deal, a longer-term deal, give him some security,” Shelburne stated. “But where are they finding that money from? How does that fit on the board with KCP, who also declined his player option. There is interest for KCP all around the league, he’s going to have other suitors.”

Yahoo Sports’ Chris Haynes reports that Golden State, Milwaukee and “several contenders” are interested in him.