In the summer of 2016, Canada Basketball released a television spot titled “Sorry.” Starring various Canadian hoopers, the commercial was a montage of unfailingly polite Canadians apologizing for many things. The final scene features Denver Nuggets guard Jamal Murray drilling a game-winning three and then shrugging with a smile as he looks directly into the camera and says, “Sorry.” The message, of course, is that while Canadians might be rightfully accused of over-apologizing about the little things, they will not apologize for wanting to win.

Fast forward two years. The Denver Nuggets are playing the Boston Celtics. Murray has scored 23 points at the half, and 29 through three. Heading into the fourth, the Nuggets are ahead by seven. The win in sight, Murray’s thirst for a victory only intensifies. With 1:43 remaining, he reaches 19 points in the quarter and puts the Nuggets ahead by nine. He sets a new career-high with 48 total points in the game. With a second remaining, and the win sealed for Denver, Murray tosses up a three-pointer, looking to hit 50. Though the shot is off, the attempt makes its mark on Kyrie Irving, who is irate that Murray didn’t run the clock out. Murray apologizes after the game, telling the Denver Post, “I shouldn’t have done that.”

Getting caught up in the moment and the excitement about potentially topping 50 points he can apologize for. He will not, however, apologize for his desire to be among the best players in the game. 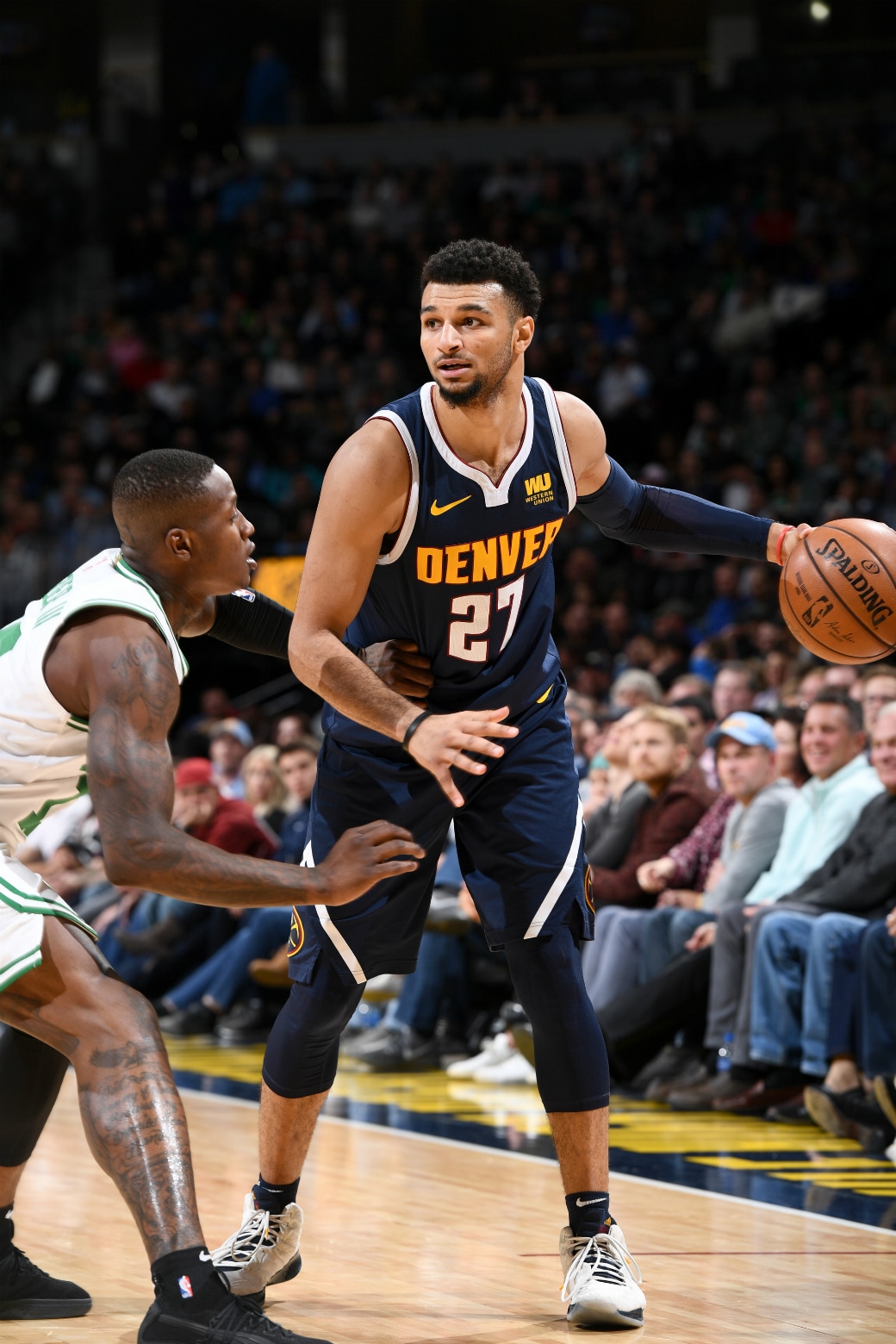 It is that intense desire to be great that sets the Kitchener, Ontario native apart from other talented young players in the League. “It definitely helps him because he just, he wants to be the best,” Malik Beasley, fellow Nuggets guard (and also one of Murray’s best friends) says. “I think it’s hilarious. He has this mentality that he’s not nice, he doesn’t care about anything, he just wants to play how he wants to play.”

For basketball purists who may have had their feathers ruffled by Murray’s last-second heave, Beasley also spoke to his teammate’s work ethic.“They should know that he’s a hard worker,” he says. “Off the court, he’s always smiling and laughing. He’s a great guy. People just think he’s crazy when he plays, but he’s genuine. He’s a good guy and he works hard.”

Though Murray’s competitive edge trumps all, being painted as a villain (he has also frustrated the Lakers on more than one occasion for his late-game activity), has been a relatively new experience for the 21-year-old. “Everybody thinks I’m a disrespectful guy and none of that is true,” Murray says. “One little action, or one thing, people turn into something bigger and think something of you. That puts things in your mind that you don’t need. I kind of stay the course of staying focused on what you need to do and not worry about all of that.”

It’s easy to get caught up in a web of social media to see what fans, analysts or talking heads are saying about you. It’s human nature to continue reading, against your better judgement, when you see your own name staring back at you from a blue-lit screen. “At the end of the day it’s just common sense,” Murray says. “[You learn] not to focus on other people. People are going to judge you either way. So do what you want to do.

“I can’t try to be a villain or try to be disrespectful or do whatever,” he continues. “I just have to be me.”

Being himself means working to fulfill the basketball dreams that have permeated all of Murray’s childhood memories. He literally cannot remember a time without basketball in his life, and there are photos documenting those memories that he is too young to recall. “Me as a kid, three months old, sitting down holding a big basketball, we have a picture of that,” Murray says. “Copying Vince Carter dunks in my room. When he was in the dunk contest I was trying to copy every dunk on my Little Tikes net in my room. I would bring that little net to the little court, watching my dad play while I’m dunking in my sandals. I couldn’t play with him, obviously, because I was a three-year-old and I would bring the net and play next to my dad, watching him. He would be taking care of me while my mom was working. There’s a lot of memories.”

Like many Canadians growing up in the early 2000s, it was Carter and the Toronto Raptors that turned a hoop dream into a full-blown obsession. Murray still remembers attending a Raptors scrimmage with his family, shouting Carter’s name and being rewarded with a wave from his favorite player. Despite the 20-year age difference between the two, Murray has gotten to face-off against Carter, who, at 41-years old, is the oldest active player in the League. “He’s my favorite player of all time,” Murray says. “Having him wave to me in the stands was the greatest memory I’ve ever had basketball wise, and getting to play against him is crazy.”

During one of their meetings, Murray had the chance to tell Carter how much that wave meant to him all of these years later. It made such an impact on him, he says, that when he’s walking onto the court each night, the memory comes flooding back. “When fans or little kids say ‘Hi’ or call my name from the stands, I try to make their day the way he made mine.”

Murray has been making the days of being a Nuggets fan enjoyable through the first few months of the season. His third year as a pro has been about attention to detail and getting back to his point guard roots after being a score-first guard at Kentucky.

“I think he’s realizing when he can score 48 or when he can score 10 points a night,” Beasley says. “The transition from being a score-first guard to being neutral is tough. I credit him and all of his hard work. He’s done a good job of that.”

Murray is averaging career-highs in points (17.6), assists (5.0), and rebounds (4.5) this season. Showing up to training camp in the best shape of his career certainly helped, but much of the improvement can also be traced back to the lessons learned during his first two years in the League. “Get your treatment in,” Murray says. “Getting a lot of sleep. These road trips can be tiring, Do everything in your power, everything you can control, to be your best and do your job at the best of your ability. I have a focused mindset on what I have to do daily.”

Prior to the Nuggets taking on the Raptors in Toronto, a homecoming for Murray meant plenty of questions for head coach Mike Malone about his young guard. “Love the kid, love coaching him,” Malone told reporters.

That feeling is mutual. Murray credits the time he and Malone spend watching film with helping him find ways to improve this year. “[Coach Malone] is great,” he says. “He helps me out a lot on and off the court, just being somebody I can talk to and work through my mistakes with. Being able to go through your mistakes with your head coach is a big plus.” 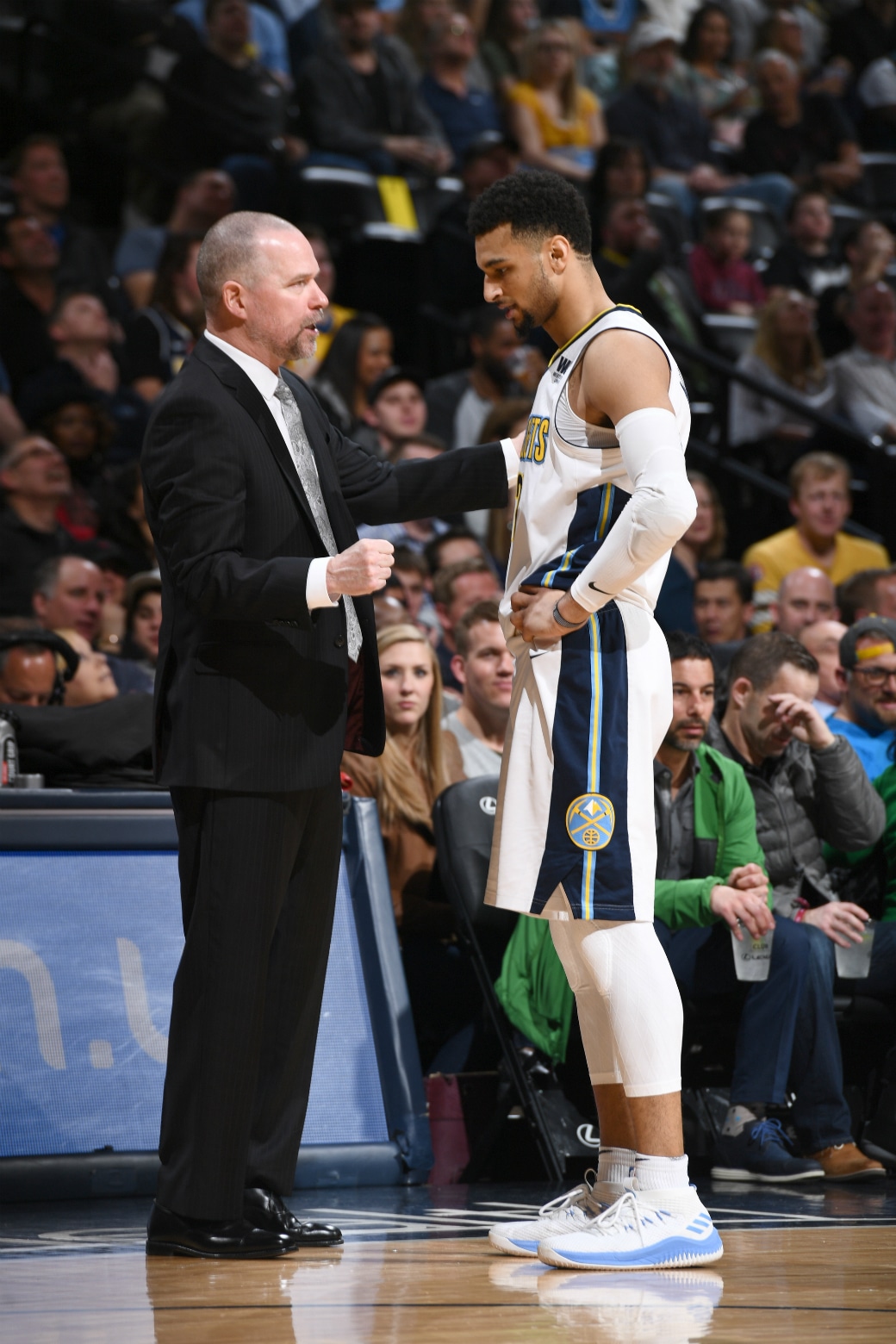 After games, Murray often spends his flight time watching game film of upcoming opponents as well as of his own recent performances. “I’m just trying to jam my mind with information,” he says.

For those who see him working daily, it’s extremely easy to root for Murray. Regardless of what fans, critics and whatever in-between might discuss or focus on, Murray’s game continues to expand and mature. Through the highlight-reel plays and headline-making final shots, he stays the course.

“Anybody can be good and be inconsistent,” he says. “To be great is a different story. To be consistent is different and that’s what I’m trying to get, that’s where I’m trying to be. Being different, not being like everybody else. My focus is on what I need to do.”