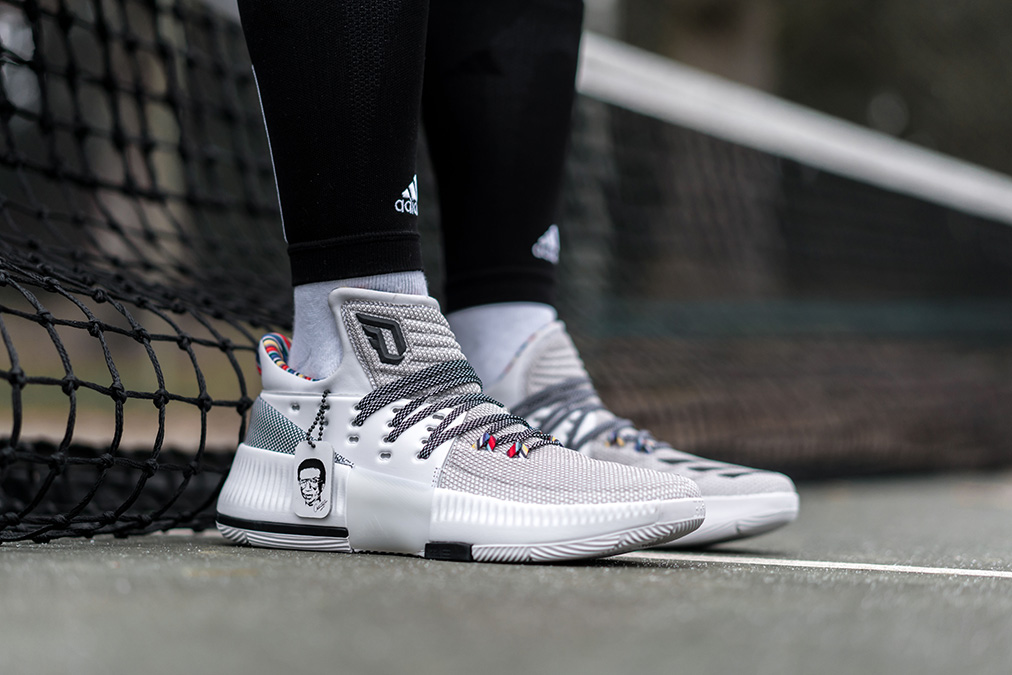 Arthur Ashe was the first African-American tennis player to ever win the singles title at Wimbledon, the US Open, and the Australian Open. He was the world’s best tennis player and he broke barriers as he broke opponents hearts.

adidas celebrates his incredible legacy with three new colorways of the Harden Vol. 1, Dame 3 and D Rose 7. The sneakers feature scholastic legacy webbing, a multi-color pattern featured along the sockliner, collar and additional silhouette details for the honorary degrees Ashe received from more than 20 universities during his life and posthumously.