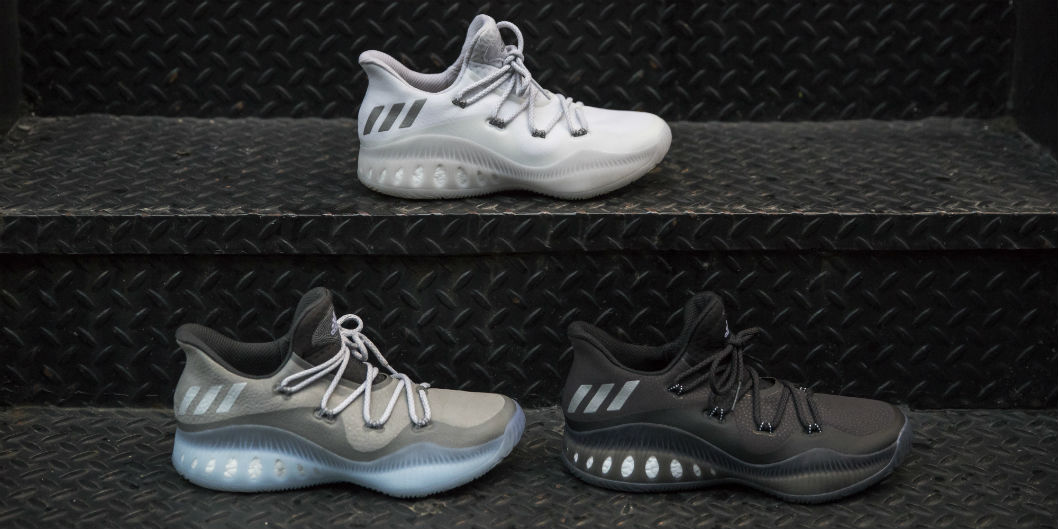 With the Crazy Explosive, adidas shifted its attention to high performance silhouettes. The original Crazy Explosive debuted during the summer and immediately gained traction as a polarizing sneaker. Its GeoFit bootie and rounded midsole make it a can’t miss. Players around the League have rocked the Crazy Explosive all season.

adidas is doubling down on the success of the Crazy Explosive with an all new Low silhouette. The Lows feature full-length BOOST, a TPU roll cage to withstand pressure on hard drives to the rim and coral constructed power traction.

The Crazy Explosive Low is available starting today at adidas locations for $120, with a Primeknit version hitting stores on March 10 for $140.