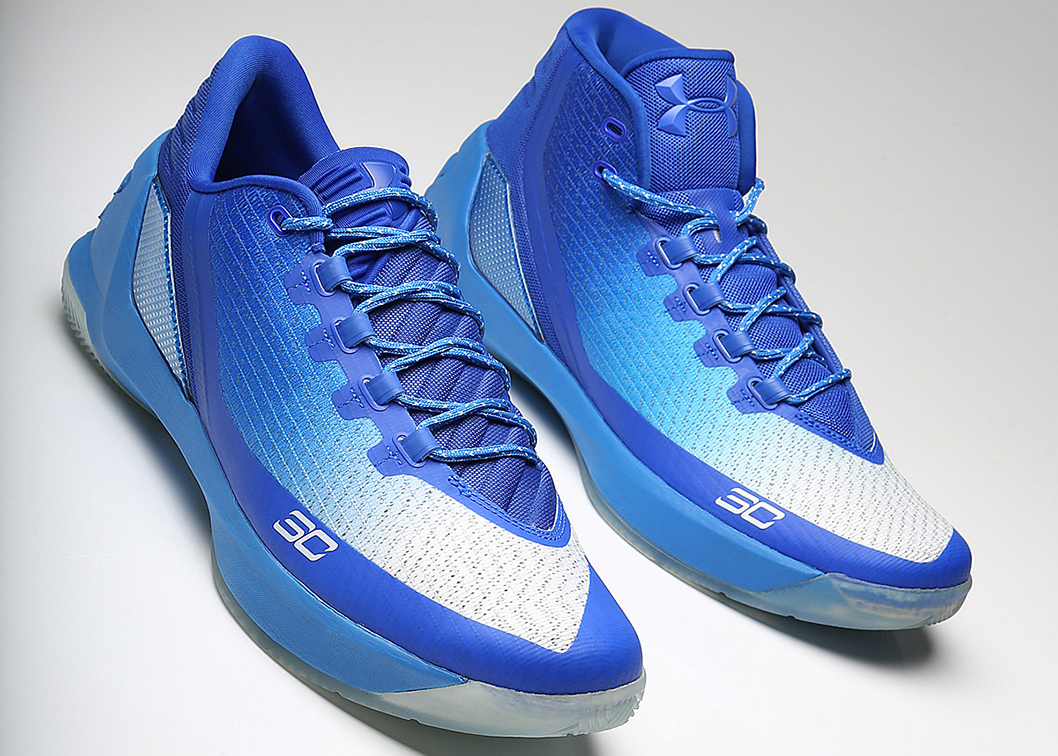 The Mavs and Warriors played each other last night. Golden State came away with a 112-97 win, but the night was about the Curry boys. They matched up for the sixth time and though they combined for just 27 points, 13 assists and 4 three-pointers, they made waves when they both rocked a special colorway of the Under Armour Curry 3.

The “Family Business” Curry 3s feature a shade of blue that both the Mavs and Dubs uniforms share and an insole that reads “SHOTGUN!” That’s a reference to their backyard one-on-one battles, where the winner got to sit in the front seat when they rode to Charlotte Hornets games with their dad, Dell. The “Family Business” joints also have a blue to white gradient and clear outsole.

Check out pictures of the low and mid versions in the gallery above.