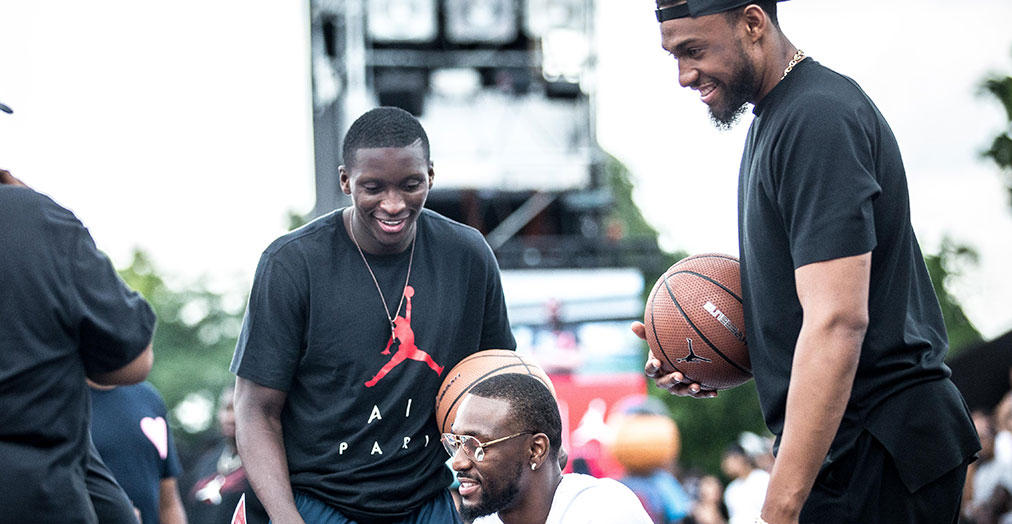 Paris hosted the annual Quai 54 World Streetball Championship this past weekend. Jabari Parker, Kemba Walker and Victor Oladipo were on-hand to see the legendary tournament and judge the dunk contest, which was won by Vadim “Miller” Poddubchenko.

Evan Fournier was also there, hooping with defending champions Yard-La Relève from France.

“Pari,” Jordan Brand says, “has a unique connection with Jordan Brand, evidenced by Michael Jordan’s visit to the city around the release of his first signature shoe in 1985, the opening of the Jordan Legacy Court in 2015 and the 2016 launch of Jordan Bastille, a pinnacle retail experience that celebrates the performance, style and soul of the brand and the first Jordan Brand store in Europe.”

Scroll through the gallery above to see how the weekend went down and the sneaker heat.