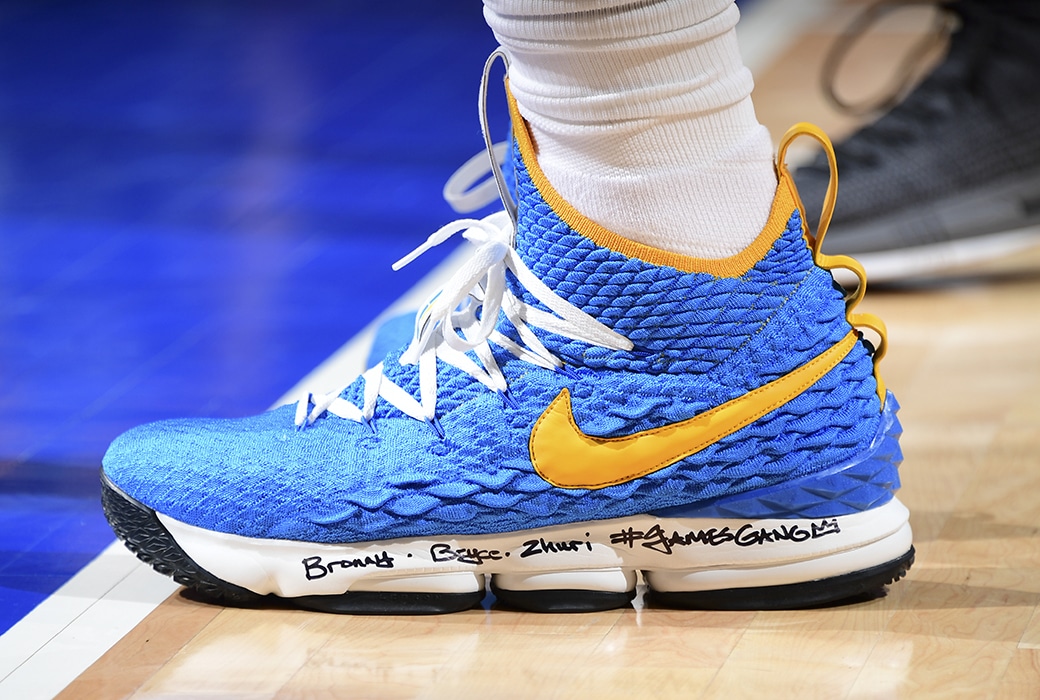 LeBron James unveiled a brand new version of the Nike LeBron 15 tonight against the Detroit Pistons. The blue and yellow LeBron 15 is directly inspired by the Nike Waffle Trainer, one of Nike’s most iconic sneakers.

The new colorway is a product of LeBron Watch, a new program that will see Nike drop some rare heat in the near future. Here’s more straight from Nike:

LeBron will unveil PEs that pay homage to the iconic athletes and Nike shoes that have inspired his career. Some he’ll keep to himself, but he’ll also make five of those PEs available to Nike members via the Nike SNKRS app as soon as he steps on the floor wearing them.

“When I was a kid, the athletes and the shoes represented in this series inspired me to chase my dream of one day becoming a professional athlete,” LeBron said via press release. “It’s important to me to share these stories and inspiration with my fans. I want them to be a part of every step of my journey, so I’m excited we’re making these shoes available to them.”

Stay tuned for more release info on the LeBron Watch program and the special Nike LeBron 15 colorways that will release soon.