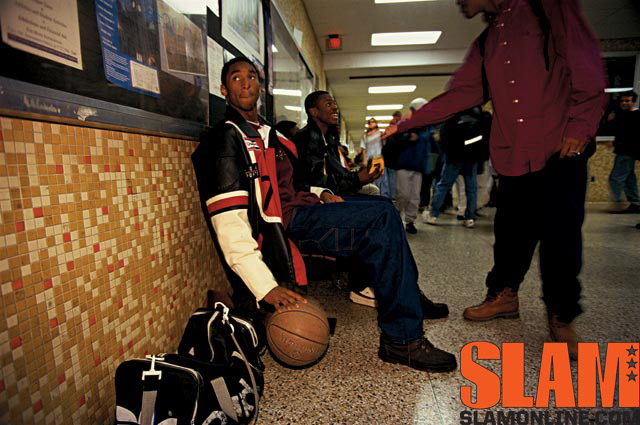 If you’re lucky enough to have a copy of SLAM 11 stashed, you’ll find this 1996 photo shoot only a couple pages after the Lil’ Penny poster. With features on Steve Nash (as a Santa Clara Bronco) and Kevin Garnett (in his first professional season), it’s an Ish for the ages. Not to despair if your copy’s gone missing, though. Al Tielemans‘ classic photos have been re-printed (along with Michael Bradley’s adapted story) in SLAM Presents Kobe and LeBron. It’s on newstands everywhere.