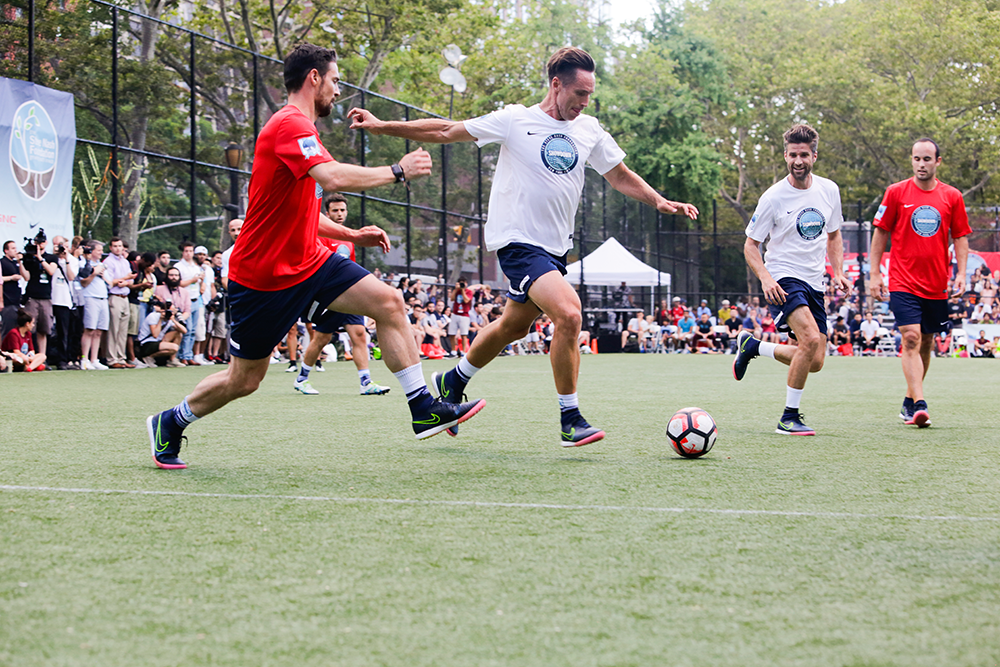 As usual, the event was jam packed with fans and celebrities. Basketball players on-hand included Kevin Durant, though he didn’t suit up, Rondae Hollis-Jefferson, Hall of Famer Chris Mullin, and Bismack Biyombo, who scored 4 goals in the win.

Actors Jason Sudeikis and Susan Sarandon were also at the park.

Stay tuned for much more with Nash and Landon Donovan.