Post Up: Bucks Stay Hot in Brooklyn, James Harden Goes OFF to down Phoenix 🔥 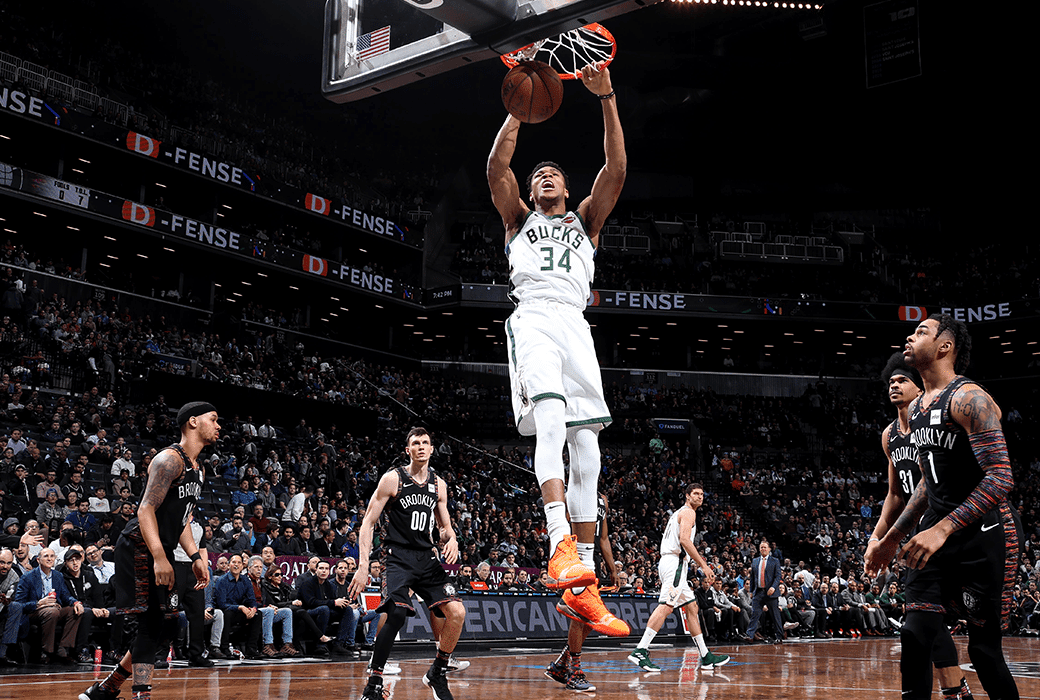 All five of the Nuggets’ starters scored double-digit points and Trey Lyles added 20 points off the bench, but it wasn’t enough to overcome strong closes to each half from Detroit. The Pistons outscored the Nuggets 34-19 in the second quarter and 32-20 in the final frame.

Andre Drummond scored a game-high 27 points and grabbed 12 boards. Stanley Johnson brought a spark off the pine with 21 points, seven rebounds and two steals in 25 minutes.

Nikola Jokic made the All-Star Game and started acting like a bully 😤 (via @BleacherReport) pic.twitter.com/SBOJ7oEsnx

Nine Hawks scored double-digit points as Taurean Prince and Kevin Huerter combined for 40 points on 10-for-14 shooting from behind the arc. Vince Carter scored 16 points in 16 minutes of work off the bench.

Trae Young displays patience and great vision for your Heads Up Play of the Day! 👀 pic.twitter.com/8eN7wIsc3B

It’d take over 31 days to watch all of his game tape. 🎥 pic.twitter.com/PV2mOcjRFG

Marvin Bagley scored a game-high 24 points and threw down a jaw-dropping 360 alley-oop slam as the Kings won their third game in a row. De’Aaron Fox added 20 points on 9-for-12 shooting with six dimes and boards.

Tons of Greek fans were waiting for @Giannis_An34 after the game. pic.twitter.com/U4C7ZnACYx

Jahlil Okafor’s hot streak continued with 25 points and 13 rebounds, but it wasn’t enough to hold off the Pacers. Darren Collison shot 9-for-14 from the field en route to 22 points to lead Indiana to the win.

James Harden did James Harden things, racking up 45 points, eight rebounds, six assists and three steals. Kelly Oubre Jr. scored 23 minutes off the bench on 9-for-13 shooting to keep Phoenix in the game.

4️⃣5️⃣ and counting for the Beard.

It really shouldn’t look this easy 🤒 (via @nba) pic.twitter.com/RZNJxtCAMp