Derrick Rose dropped 30 points as the Bulls blew out the Cavs before All-Star break. 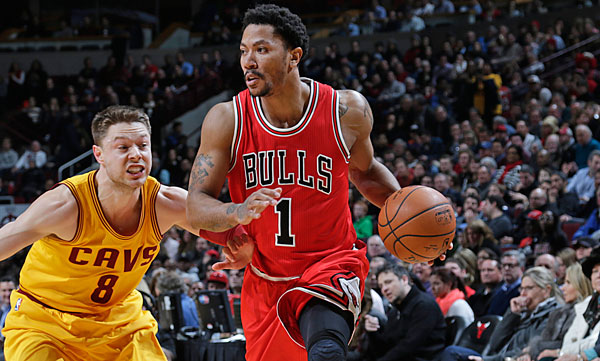 Derrick Rose was as aggressive as we’ve seen him since his MVP season, and the Bulls dismantled the Cavs in the final game prior to All-Star Weekend. Chicago’s frontcourt of Joakim Noah (10 points, 15 rebounds, 7 assists) and Pau Gasol (18 points, 10 rebounds, 6 assists) were also terrific as Chicago won its fourth straight game. Tony Snell dropped 22 points on 9-11 shooting to go along with 3 steals; he’s averaged 18.3 points over his last four outings and is shooting the ball at an insanely high clip. But the night belonged to Rose. He was simply sensational.

Hope everyone enjoys the All-Star festivities. The Post Up will resume after the break. Peace!