Joe Johnson beats the Clippers at the buzzer, Giannis and young Bucks upset Raptors and more from Playoff opener. 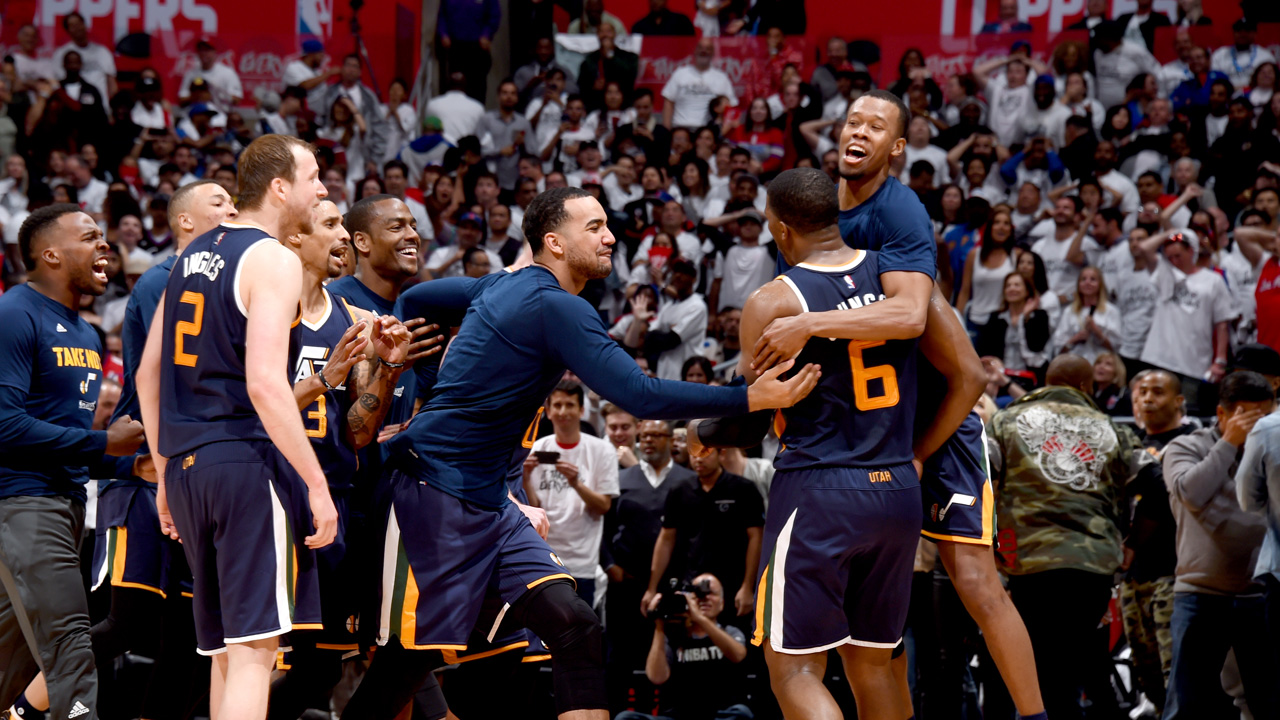 LeBron came out sharp from the jump, but even he had a Shaqtin moment.

Bron's face says it all. 😂😂 pic.twitter.com/oYVbbGyiGw

Cleveland broke open a 12-point lead in the third, but Indy was able to fight all the way back.

Paul George hit a super clutch three to bring the Pacers within a point. The Cavs missed on the following possession, Indiana rebounded and called a timeout.

It could have proved costly because Cleveland was able to set up their defense and force Paul George into giving up the ball.

CJ Miles ended up taking the final shot—a pretty good one at that—but it rimmed out. PG was not pleased.

After missing the playoffs over the past two seasons, Giannis Antetokounmpo (28 points) came out like a man possessed.

Toronto folded in the second half, managing only 32 points in the final two quarters combined. Kyle Lowry (4 points) was non-existant, while DeMar DeRozan scored 27 points on 7-21 shooting.

Milwaukee broke open a 19-point advantage by the end of the fourth. Giannis was so hype after swatting DeRozan’s shot that the refs called him for a T.

Judging from the tape, though, the call probably will be rescinded.

And let’s be real: Toronto is probably not the second-best team in the East.

Memphis came out super hot and just couldn’t maintain the offensive firepower throughout the game.

Even with Marc Gasol going off for 25 first-half points, the Spurs still took a three-point lead into halftime.

The Spurs owned the paint and held Memphis to just 39.2 percent shooting. The lead was 20 by the end of the third, affording Kawhi Leonard (32 points, 11-14 FG) plenty of rest.

For all the talk about Joe Johnson’s late-game heroics, this stat really stood out to me:

Utah needed all it could get from the 15-year vet after losing Rudy Gobert during the first play of the game.

That was beautiful, George Hill. pic.twitter.com/X2nnwUquA7

To the Jazz’s credit, they continued to rely on their defense and made timely shots.

It also helped they had the Clutch God himself (and a coach who didn’t call timeout on the final possession).

Hopefully this win will wake up some of those people who think the Jazz are just a “nice regular-season team.”