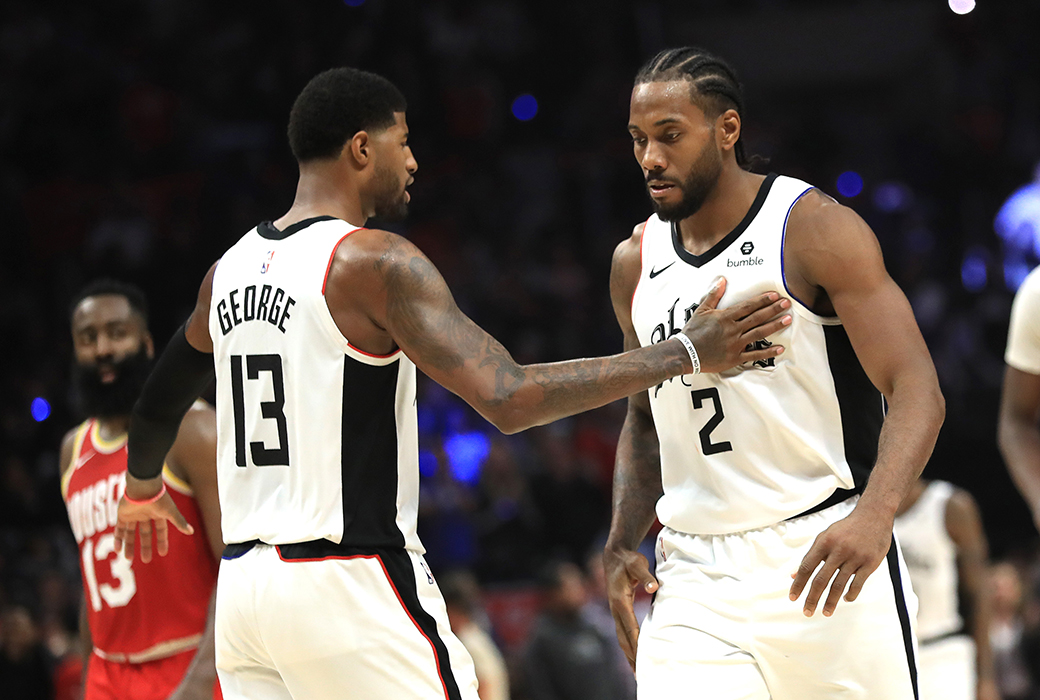 Andre Drummond dropped 23 points with 15 boards. Blake Griffin added a game-high 24 points and had a +18 plus/minus.

Washington rallied back from a 13-point fourth quarter deficit to pull out the win.

Playing without Kyrie Irving for the fourth straight game, Brooklyn came away with a much-needed win.

Philly took the lead after the first 3 minutes and wouldn’t trail for the rest of the game.

Tobias Harris dropped a team-high 26 points with 6 boards and had a +18 plus/minus.

Miami completely lit up the Bulls in the first half, jumping out to a 26-point lead. Chicago would rally in the fourth quarter, but it would be too little too late.

Jimmy Butler dropped a game-high 27 points with 7 dimes and 4 thefts and had a +16 plus/minus.

The Lakers managed to squander a 15-point third quarter lead, but were able to gut out the win late in the fourth.

Anthony Davis dropped a game-high 33 points with 11 boards and 7 dimes. LeBron James added 23 points and 14 dimes and had an insane, one-handed catch (see below).

The Lakers have now won 6 straight.

Dallas completely housed the Cavs in the second and third quarters and shot an insane 20-37 from the three-point line.

Luka Doncic finished with his third straight game of 30+ points, becoming the first Mav to accomplish the feat since Dirk Nowitzki in 2010. Luka finished with a game-high 30 points, 14 dimes, 7 boards and had a +21 plus/minus.

Despite losing Kemba Walker to a head injury and trailing by 19 points in the third quarter, the Celtics battled back to nearly win the game.

Golden State battled back from a 21-point fourth quarter deficit to come within 2 points with 22 seconds left. Utah would eventually hold on to the lead.

Paul George and Kawhi Leonard have played just two games as teammates, but both games were two of the best games all season.

Kawhi, James Harden, Lou Williams, PG and Russell Westbrook all traded clutch buckets during a crazy fourth quarter. But it would be Kawhi who would hit the deciding, go-ahead shot.

George finished with 19 points, 8 boards and 7 dimes. Leonard had 24 points, 6 boards and 3 steals. Williams added a team-high 26 points, all scored in the second half.