Post Up: Kemba Walker’s 60-Piece Not Enough vs Sixers 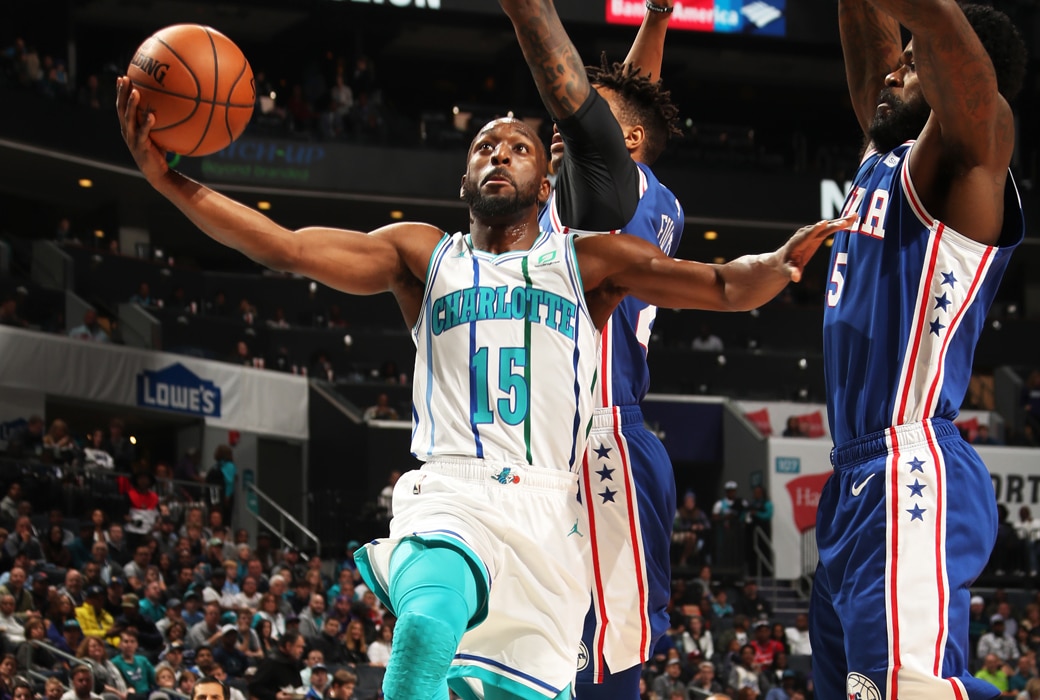 Los Angeles was trailing by 9 heading in to the fourth quarter and hadn’t held a lead all game.

But the Clippers outscored the Nets by 15 in the final frame to get their fourth consecutive victory.

Danilo Gallinari (28 points) and Tobias Harris (27 points) led the way for L.A. Sparkplug Montrezl Harrell had 16 and 10 off the bench.

After scoring just 7 points against the Cavs in the Hornets’ previous game, Kemba Walker went nuclear with a 60-point night.

The point total was the highest of any player this season, and he clearly gets up whenever Charlotte is playing the Sixers.

Kemba almost single-handedly dragged the game into OT, but it became clear that the Sixers just had too many weapons at their disposal.

Jimmy Butler, who had been relatively quiet, swatted Kemba’s layup attempt from behind and then proceeded to hit the game-winning three on the next possession. Jimmy Gets Buckets.

Win or lose. Kemba Walker leaves everything on the court 💯

Indiana lost Victor Oladipo in the first quarter after he banged his sore knee into a cameraman. Both teams really struggled, but the Pacers managed to outscore the Hawks by 17 points in the second half.

Domas Sabonis, who’s having a fantastic season, led the way off the bench with 9 points, 16 boards and 6 dimes.

The Hawks have been absolutely miserable this season and especially so over the past couple weeks. They’ve now lost seven in a row.

Don’t look now, but Orlando has won six of their last eight games. Sure, three of those wins were against Cleveland, New York and Washington. But the other three were against quality opponents: the Sixers, Spurs (in San Antonio) and now the Lakers.

The Magic ripped open a 21-point lead late in the third quarter, and the Lakers decided to throw-in the towel not long after. The loss snapped the Lakers four-game win streak.

DJ Augustin out here saaaucin' on the Lakers 🍝 (via @NBA) pic.twitter.com/B2EBK1YhTk

Jrue smoothly carving up the defense. Nothing new here. 🙌🏿 (via @FOXSportsNOLA) pic.twitter.com/Encwk0Kq9h

After beating the Raptors in OT last night, the Celtics played their worst game of the season tonight.

Down 22 points with 5 minutes left in the game, Brad Stevens decided to pull all his starters.

After scoring 31 points (on 35 shots) against Philly last night, Donovan Mitchell had a game-high 28 points (on 21 shots) with 6 assists.

After three tough losses in a row, Toronto got back in the win column with an easy one against the Bulls.

With Kawhi Leonard sitting out the second half of a back-to-back, Toronto was still able to push the lead to 40 points (!!!) during the fourth quarter.

Chicago played possibly its worst game of the season (which is really saying something) with Zach LaVine out with an illness.

TELL 'EM HOW YOU FEEL SERGE 😤 (via @Raptors) pic.twitter.com/KgxchjxTaA

After a surprising start to the season, the Kings have fallen all the way back down to earth. They’ve now lost five of their last seven games.

The Rockets, after beating the Warriors on Thursday, seem to be finding their grove again. They’ve now won four in a row.

Clint Capela had 23 points, 16 boards and 4 blocks to lead Houston.

Golden State held a small lead through most of the second half, but Dallas battled back behind the clutch play of Luka Doncic.

Dallas now has won four in a row and are looking like a possible playoff team. Golden State, on the other hand, has lost an uncharacteristic four of their last six games.

Luka is COLD BLOODED under pressure ❄️ (via @dallasmavs) pic.twitter.com/f3Dvsea8bY

Even without Russell Westbrook for the past six games, OKC has kept winning. It helps that they’ve played Phoenix twice, Cleveland and New York, but wins are wins.