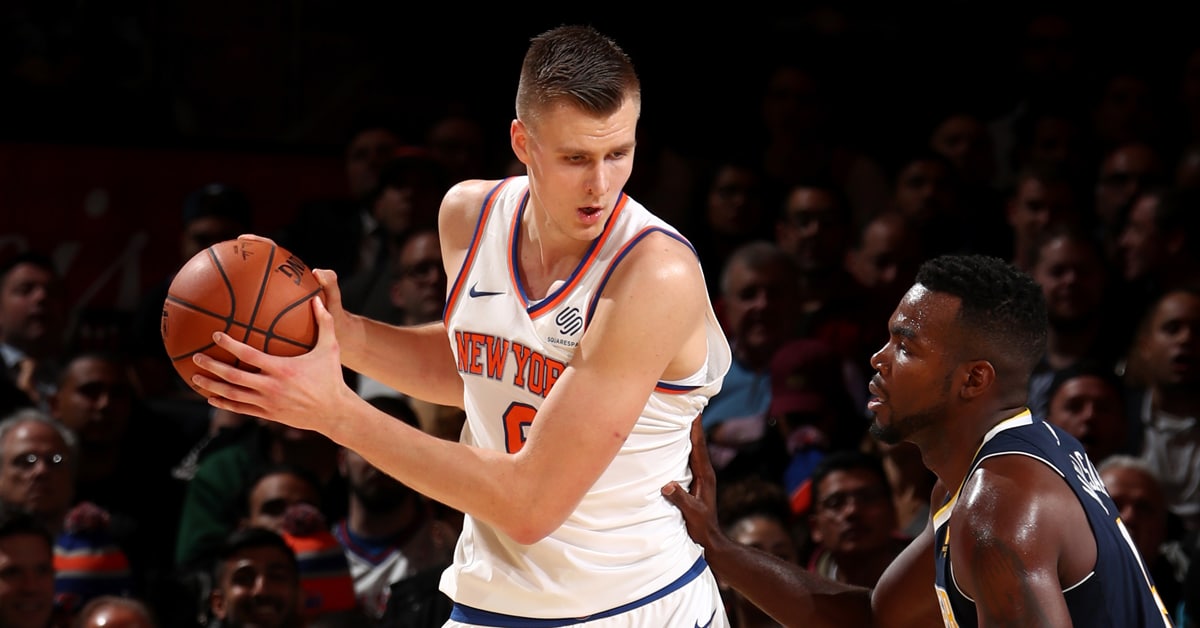 After dropping the first two games of the season, Boston has now reeled off 5 straight Ws.

The Spurs, on the other hand, have reeled off 3 straight Ls after winning their first 4 games.

To be fair, there wasn’t much they could have done to stop Kyrie Irving.

Kyrie's passing is on another level (via @celtics) pic.twitter.com/emiU7TGPnv

Another one 👀 (via @celtics) pic.twitter.com/XfVrJAXDAk

We don’t normally focus on sneakers in the Post Up, but Karl-Anthony Towns was on point with these custom Halloween Hyperdunks.

After falling down by 12 in the second quarter, the Wolves battled back as the teams went back in fourth in the final minute.

Andrew Wiggins had one of the great dunks of the season on Josh Richardson that all but nailed the coffin shut.

But of course, Miami had Dion Waiters, who lest we forget, lives for the clutch moments.

Waiters had 14 points in the final five minutes of the game, including this layup on Jimmy Butler that sent the game into OT.

Waiters layup sends it to OT (via @MiamiHEAT) pic.twitter.com/N6pggMRvOh

Minnesota got off to a quick start in the extra period, and Jeff Teague (23 points, 11 assists, 6 steals) hit a big trey to put the game out of reach.

The Heat are now on a three-game losing streak with Hassan Whiteside sidelined.

Chanting MVP as Kristaps Porzingis sealed the win at the foul line, Knicks fans have all but forgotten the infamous night when they booed KP during the 2015 Draft.

Then as now, Porzingis handled it all with class, proving that he had the chops to take over in New York.

And take over he has. Porzingis dropped a career-high 38 points, outdueling Nuggets star Nikola Jokic, to lead the Knicks to a three-game win streak.

🦄 from waaaay downtown (via @NBA) pic.twitter.com/tVV9p7XCP1

KP has now scored at least 30 points in five of the Knicks’ six games. He’s on fire.

Porzingis has recorded 30+ points in five of the Knicks' six games 🔥 pic.twitter.com/nfGIWi6V6R

After dominating the Mavs on Saturday, the Sixers came into Houston and had the lead for the entire game.

Houston cut Philly’s lead to 3 late in the game, when Ben Simmons (24, 9 assists, 7 boards) decided to take matters into his own hands.

Take it all the way young fella! pic.twitter.com/tVGd13KR8Q

Joel Embiid, who played despite having a hand contusion, couldn’t be stopped in his 25 minutes: 22 points, 9 rebounds, 5 assists.

Philly looks like a playoff team with Embiid on the floor.

After beating the Magic last night, Charlotte knocked off the No. 1 team in the West (by record).

Kemba Walker scored 27 points as the Hornets outscored the Grizzlies by 14 in the fourth quarter.

The Magic bounced back from a loss in Charlotte with a quality W in New Orleans.

With Aaron Gordon and Jonathan Isaac both in foul trouble, Marreese Speights stepped up to score 18 points off the bench.

It’ll be interesting to see if the return of Elfrid Payton has any negative effects on Orlando’s No. 2 offense.

Dallas held a 14-point lead late in the second quarter, and it was all downhill from there.

Utah outscored the Mavs by 17 in the third quarter, and it was essentially a wrap.

Toronto got their first quality win of the season with a blowout W on the road in Portland.

Even without Jonas Valanciunas and Serge Ibaka, the Raptors managed to hold the Blazers to just 6 second-quarter points. Yes, you read that correctly.

The way Golden State was playing, no team could have beaten them tonight.

The starters only played three quarters, and that’s all Stephen Curry needed to drop 31 points. He ended the third with this dagger buzzer-beater.

Steph ended the third quarter with 31 points 🙌🏽 (via @warriors) pic.twitter.com/VmDEicIDxF