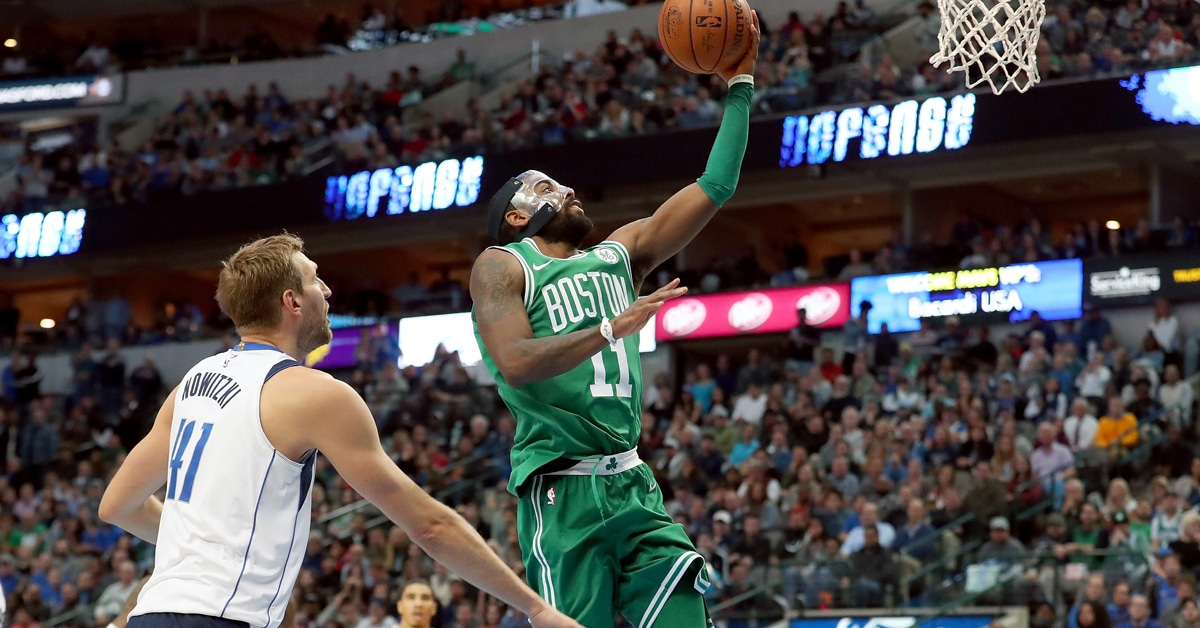 Let’s get this out of the way immediately: Dwight Howard thoroughly outplayed Karl-Anthony Towns tonight.

Dwight finished with 25 points, 20 rebounds and 4 blocks as Charlotte was able to pull away in the fourth quarter.

Five straight wins for the Cavs, but you still have to wonder if they’ve officially turned the corner.

LeBron (18 points, 8 dimes) only needed to play 27 minutes in the blowout. ESPN’s Dave McMenamin summed this win up perfectly:

Good: LeBron James played a season-low 27 minutes tonight. Better: Cavs shot 16-for-33 from 3 as a team. Best: Cleveland held Detroit to 88 points, a season-low for an opponent.

Victor Oladipo was outstanding in his return to Orlando and, along with Kristaps Porzingis, has to be a frontrunner for Most Improved Player this season.

.@VicOladipo is back in Orlando, putting on a show (via @NBATV) pic.twitter.com/MvvkC6SsAJ

There’s little to no doubt that the Sixers will be a playoff team if they stay healthy and continue to play the way they’ve been playing.

Embiid also had an exchange with Jazz rookie Donovan Mitchell in the fourth quarter, which… well, you’ll have to see for yourself:

The Knicks looked good on offense—ball whipping around—and Kristaps Porzingis (25 points, 7 boards) continues to make so many good things happen on both ends.

New York played a good ballgame, but here’s the bigger issue for the Clippers: They just didn’t look competitive.

Losers of 9 straight, L.A. will have a chance to bounce back against ATL on Wednesday.

Damian Lillard came down awkwardly on Chandler Parsons’ foot in the second quarter. But no ankle sprain is going to keep Lillard out of a game.

It was a two-point game with 2 minutes left in the third when Washington ripped off a 20-6 run.

Less than four minutes into the fourth quarter, Washington had a 16-point lead, and they never looked back.

OKC jumped out to a 19-point lead in the first quarter and had lost it all by the middle of the second.

The Pelicans lost DeMarcus Cousins in their third quarter after he elbowed Russell Westbrook in the dome, but New Orleans was able to hold on for the win.

Should Boogie have been ejected? 🤔 (via @Ballislife) pic.twitter.com/Mlunj5q1Va

There’s a ton of remarkable stuff going on with the Celtics right now.

But they’re doing it by the slimmest of margins. Over the last two weeks, their net rating of 3.4 ranks ninth in the League.

They had to claw their way out of a 13-point hole in the fourth, and thankfully, had Kyrie on their side.

While they never blew the Hawks away, San Antonio was in control for the vast majority of the game.

The Spurs have been quietly playing solid basketball without Kawhi Leonard and Tony Parker, ranking third in net rating (10.7) over the past two weeks.

Denver is starting to put things together. Even without Paul Millsap (wrist) and Wilson Chandler (back), the Nuggets cruised to an easy win.

Their offense has been humming, and their defense hasn’t been terrible of late either.

BONUS: LaVar Ball was interviewed on CNN during tonight’s busy slate of games, and I spent far too much time listening to what he had to say instead of watching basketball.

That said, I wouldn’t trade back a minute. Here’s the entire segment: