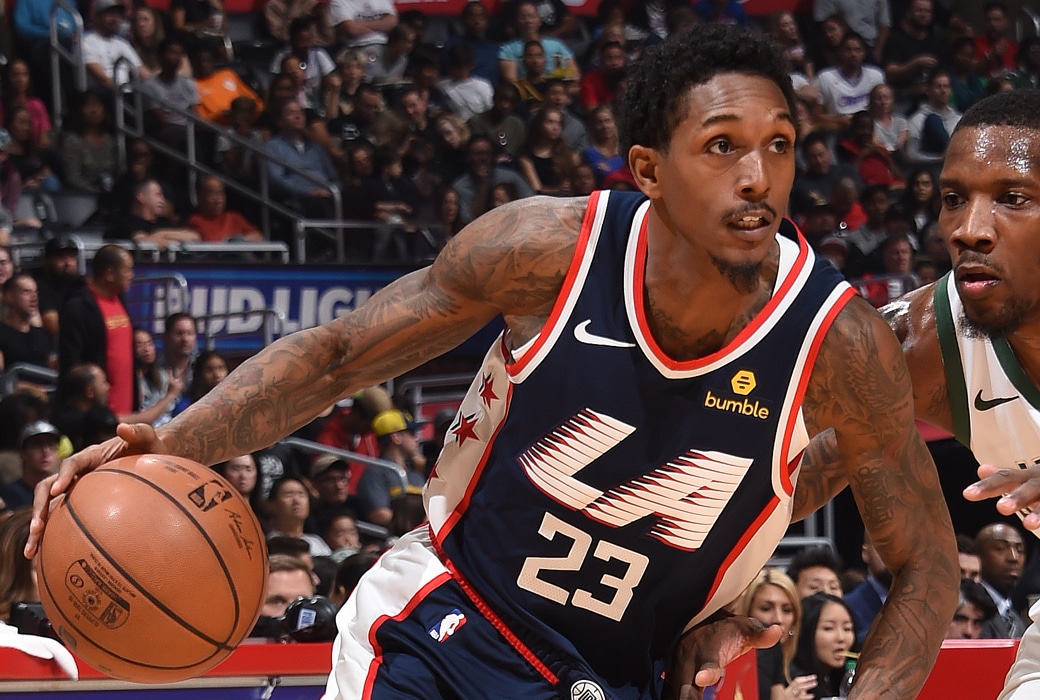 The Raptors had their most efficient offensive night of the season, which is really saying something since they’ve been a top-5 offense so far.

A big run in the third quarter opened-up a 20-point lead.

Eric Bledsoe hit a clutch step-back trey to send the game to overtime. He then forced up an ill-advised floater in OT that gave the Clippers a chance to win the game.

Of course, with the ball in Lou Williams’ hands on the final possession, the Clippers were able to come away with the dub.

After starting the season 7-0, Milwaukee has now lost three of their last five games.

Lou Will with the game in his hands. You already know. (via @nba) pic.twitter.com/JCuB8QgaxW

After losing six straight games recently, New Orleans needed this win in the worst way. They ended up dominating in nearly every facet en route to a blowout win.

Anthony Davis continued with his MVP ways, finishing with 26 points, 13 boards and 6 dimes.

Less than 24 hours after an ugly loss in Orlando, the Wizards came away with a much-needed win in Miami.

Washington was down by 2 heading into the fourth quarter, but went on a furious run that left them up by 17 with about 3 minutes remaining.

John Wall had 28 and 9 assists to lead the Wiz.

Chicago had a 16-point lead in the second quarter, but managed to blow it all by halftime.

The Bulls were able to hang on and get the W, thanks to a game-saving block by none other than Jabari Parker. Zach LaVine led the way for Chicago with 24 points, 8 boards and 5 dimes and several monstrous dunks.

Cleveland has now lost five in a row.

Zach LaVine with the 360 BOOM 💥💥 (via @BleacherReport) pic.twitter.com/G6nsdv7Nvv

Philly only had 9 active players and were coming off a tiring OT win against Charlotte the night before.

It seemed like they ran out of gas against Memphis—committing 23 TOs and blowing a 10-point lead in the fourth.

Mike Conley had 32 points and 6 assists for Memphis.

After getting blown out in OKC on Thursday, the Rockets continued to struggle to score in San Antonio.

James Harden missed a whopping 12 threes and the entire team shot just 33.3 percent on the game. Not a good recipe for success.

The ever-solid LaMarcus Aldridge had 27 and 10 for the Spurs.

Even without Stephen Curry and Draymond Green, the Warriors had no problem defeating the Nets.

Quinn Cook had 27 points (on 16 shots) and 5 dimes, filling in beautifully for the injured Curry.

OKC was without Russell Westbrook (sprained ankle) for the third straight game, and this time, it was obvious the Thunder missed their superstar.

Luka Doncic led the way with 22 points, 8 dimes and 6 boards.

With smoke from the California wildfires entering the arena before tipoff, this was not the prettiest basketball game.

Both teams struggled to score, and Sacramento had by far its worst offensive night of the season.

The Lakers built a 20-point lead with about 7 minutes left, and the Kings just couldn’t battle back.

LeBron James led the way with 25 points and 7 boards.

Zo throws the lob to LeBron from halfcourt 🔥 (via @NBATV) pic.twitter.com/oo4iCYwbxZ