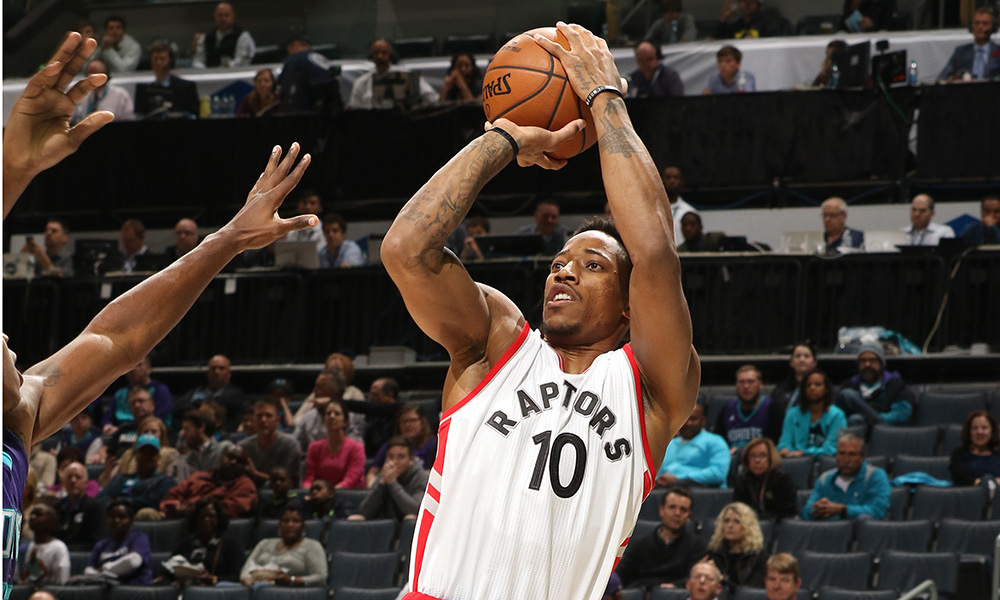 At the start of Friday, the Sixers were the League’s last winless team. They’ve been without Ben Simmons, of course, and have had Joel Embiid and Jahlil Okafor playing restricted minutes. But throughout it all, they gave the Thunder a scare, almost beat the Magic and lost to the Cavs by 1. They were due for a win.

Riding 16 fourth quarter and overtime points from the Process, the Sixers outlasted the Pacers for a 109-105 victory tonight. Embiid did it all, even nailing a clutch three, on his way to 25 points in 25 minutes. Paul George played 40 minutes and scored 26 points, but he couldn’t get the Pacers over the hump.

Is there anything Embiid can't do?! https://t.co/lxDyWRV42W

The Wizards were without Bradley Beal in this one (strained hammy) and the Cavs took advantage. John Wall had 28 points, but only 3 assists, partly due to the Cavs defense. While JR Smith and his squad hit 14 shots from distance, the Wizards only made 3 from outside the arc. Smith hit 5 three-pointers, finishing with 17 points. Kevin Love had 14 and 16, while Kyrie Irving led the game in scoring with his 29 points. The night’s big story, however, was LeBron James reaching the 27,000 point plateau. Bronny, at 31, becomes the youngest to do it, surpassing Kobe Bryant who did it at 32-years-old.

The Hornets had a 10-point lead in the fourth, thanks to a monster game from Kemba Walker. The Bronx native had 40 points, 10 rebounds and 6 assists tonight (first player in Hornets history with that line), up from his already impressive season averages of 24/3/6. Then the League’s leading scorer took over in the fourth, leading the charge to take the scoreboard with tough jumpers from all over the court. DeMar DeRozan finished at his season average of 34 points. He calmly stepped up in the game’s closing moments to deliver the dagger. Kyle Lowry had 19 points, 8 rebounds and 6 assists to offset Walker. Both teams now sit at 6-2, tied with the Hawks for second best in the East.

In their fourth straight Eastern Conference road game, the Jazz looked gassed until the fourth quarter. Utah trailed by 4 heading into the fourth, but outscored the Magic 27-10 in the final period. The Magic shot just 33% from the field for the game. Evan Fournier (21 points) and DJ Augustin (19 points) were the only Magic players to score in double figures. For the Jazz, meanwhile, Rodney Hood scored 8 straight points to put the game out of hand, finishing with 13. He was flanked by 20, 10 and 8 from Gordon Hayward and 18 and 9 from Derrick Favors. Rudy Gobert also made sure to embarrass Nik Vucevic, for good measure. The Jazz ended up with 52 rebounds, a season-high for them.

It didn’t take long for the Knicks to spiral out of control after Carmelo Anthony got ejected from this one. They were down 44-38, with 4:44 left in the second when Melo got the boot. Then Isaiah Thomas ripped off a couple of threes and they were on the wrong end of a 61-51 halftime score. The Celtics pushed the lead to as much as 30 and held the ‘Bockers to 14 points in the fourth. Thomas had 29 for the C’s. Kristaps Porzingis had a team-high 14 points, but Derrick Rose’s 11 points and 6 assists were compounded by his 7 turnovers. Brandon Jennings was also tossed late in the fourth quarter. For the game, the Knicks were hit with 6 techs and had 25 total turnovers. Al Horford missed his fifth straight game (concussion protocol).

Look at the Clippers! Chris Paul’s squad owns the NBA’s best record and its best defense. 8-1 is also the best start in franchise history. Paul had 17 points, 10 dimes and 0 turnovers, his 20th career game with that stat line. He has the most 15+ points, 10+ assists, 0 turnover games of anyone since 1983. Blake Griffin scored 25 for the Clips. He was backed up by Jamal Crawford’s 19, which he scored in 21 minutes. Russell Westbrook had another crazy game, totaling 29 points, 14 rebounds and 9 assists. This one was close throughout. The Clippers made 39 field goals, the Thunder made 38. Both teams had 45 rebounds and the whole thing came down to the last shot, a Westbrook three-pointer that missed at the buzzer. The Clippers got some revenge for losing to the Thunder earlier in the season.

Pau Gasol had his best game of the season, scoring 21 points. He threw in 9 boards and 6 dimes, too, helping the Spurs pull away in this one. There were 10 lead changes and 8 ties, but the Spurs outscored the Pistons 26-15 in the third to take control. Kawhi Leonard had 17 points. Andre Drummond had 20 points and 17 rebounds. He was one of five Pistons to score in double figures. The Spurs ended their three-game home losing streak with this win.

Damian Lillard and DeMarcus Cousins were trading buckets in this one. Both faced double-teams all night and yet they both hit outrageous shots all night. Dame finished with 36 and 7 helpers, while DeMarcus had 33 and 9 ‘bounds. CJ McCollum added 31 for Portland, moving their record to 5-0 when he and Lillard each score 30+. DeMarcus hit scored 5 points in 30 seconds to push the game to OT, but the rest of the Blazers stepped up when called upon. Allen Crabbe had 16 points off the bench, Meyers Leonard contributed 11 big momentum points, Mo Harkless led the team in rebounding with 8 and Mason Plumlee contributed 7 assists. In total, there 14 lead changes and 11 ties. The Blazers used ball movement (29 assists compared to 18 for SAC) to offset the Kings rebounding attack (48 boards compared to 36 for POR).